Firefighters have extinguished a toxic sulphur blaze that broke out at a Ravensdown fertiliser plant this afternoon. 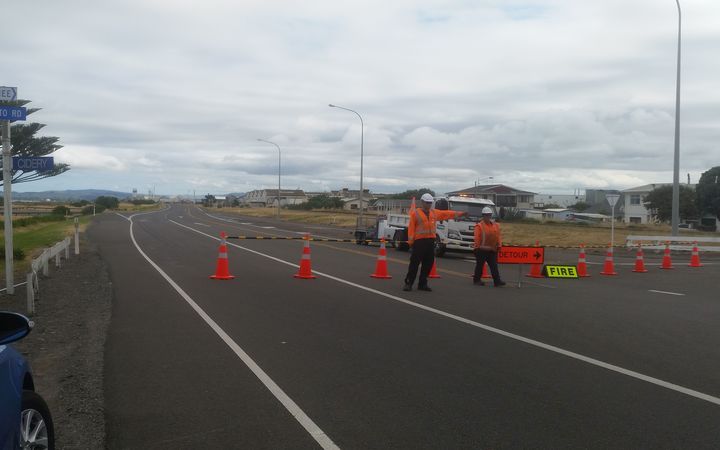 The cordon around the fire at the Ravensdown fertiliser plant near Napier Photo: RNZ / Edward Gay

The Fire Service had escalated its response to the Ravensdown fire to its highest level, after the blaze broke out in a five-storey sulphur shed at the plant, south of Napier, about 2.15pm.

The company confirmed a short time ago that the sulphur fire has been contained, but fire crews would remain on site until later this evening.

"Most importantly our staff are safe and well and have all been sent home excluding essential personal. We are aware this has impacted on our neighbours and we appreciate their understanding and will be in touch with further information as soon as we can."

The storage shed contained as much as 1000 tonnes of sulphur and the fire forced the evacuation of about 50 staff.

Police said the cordons were now coming down, State Highway Two was being reopened, and people who had been evacuated could now return home.

During the fire, the district health board urged people living near Awatoto, or downwind of the Ravensdown factory, to close windows and doors, and to turn off air-conditioning units.

Medical Officer of Health Nick Jones said smoke from the fire and the burning sulphur could exacerbate breathing issues such as asthma or bronchitis.

One local man, who had been evacuated, said he was angry about the lack of information from officials.

He said people had to leave animals behind in their houses, and were not told when they would be allowed back in. 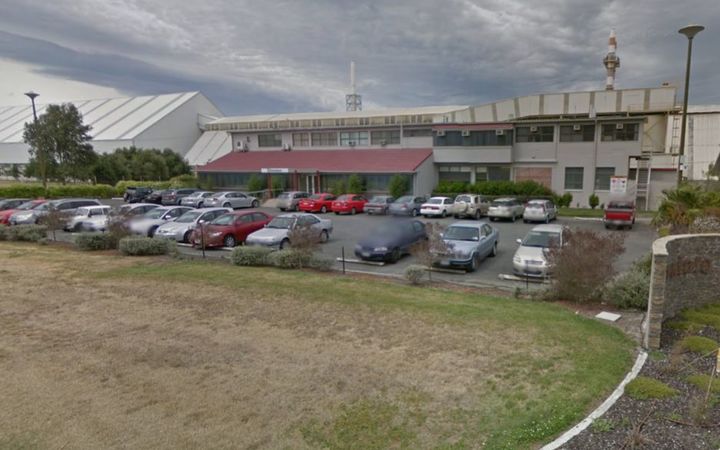 Are you there? Send your pictures and video to iwitness@radionz.co.nz

Mr Wanoa said the fire was treated as a hazardous event, and crews wore breathing equipment. 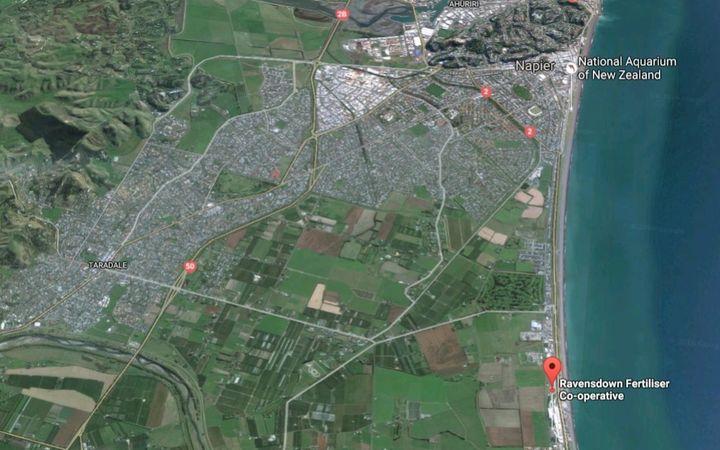 The plant is just south of Napier. Photo: Google Earth

Heads up to transport operators coming to Napier Port that they may have to take alternative routes due to the Ravensdown fire. https://t.co/usdxUAZyEH

In June, a man died from serious burns after he received an electric shock while working at the Christchurch Ravensdown fertiliser factory.

The contractor died in hospital.