The judge who chaired a panel which heard from children abused in state care says there is no guarantee of the future safety of children unless an an independent body is set up to investigate. 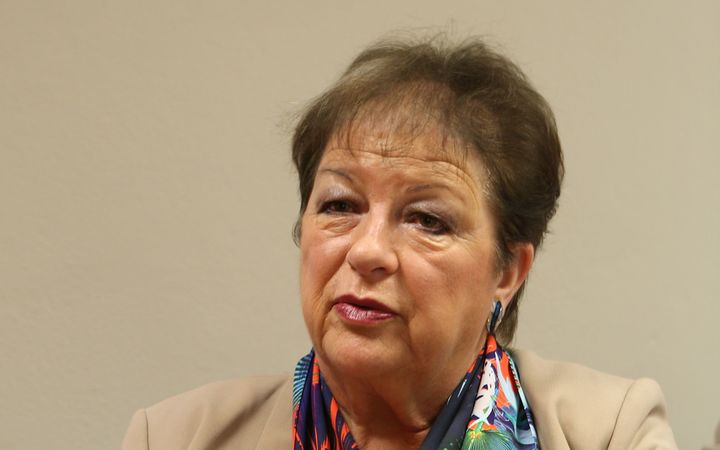 Judge Carolyn Henwood also told Morning Report today that she lost faith in the way the government and the minister dealing with the abuse claims, when Social Development Minister Anne Tolley said about 3.5 percent of children placed in state care had made claims around abuse.

"When I read the words around the 3.5 percent of children being abused I lost faith at that point, because I thought that they were just trying to sweep it to one side as a minor thing, instead of the very significant thing that it is."

She said she didn't know where Ms Tolley had got that figure from.

Judge Henwood was the chair of the Confidential Listening and Assistance Service, or CLAS, panel that heard from more than 1100 people who were abused in state care.

But Ms Tolley told RNZ yesterday that was unnecessary and would bring more pain to victims.

"One of the things we put in our report [was] that they should, we felt, set up something like the Independent Police Complaints Authority in the welfare system."

The government has paid out $17 million, apologised to 900 victims and was continuing its fast-track process, but Judge Henwood said that did not deal with the future.

She said there was no accountability in the system.

"We haven't investigated the department itself, we haven't spoken to staff ... there's been no inquiry on the side of the thing, the ledger, so why wouldn't it happen again?

"Were they under-resourced, what were the issues with the department or were they just thinking this is the way we should deal with children? I do not know the why of it."

Judge Henwood said she received a formal government response to the CLAS report on 9 Novermber - a year and five months after it was submitted. She said the people that came forward to speak to the panel were not referred to in the government's response, which was concerning.

A man who was beaten and sexually abused when he was a child in state care is warning that without an independent inquiry, the same kind of thing will happen again.

Grant West has just been paid $40,000 under the government's fast-track system for compensating hundreds of similar victims, but says the government is not learning from its mistakes.

Mr West said the fact the government would not conduct a Royal Commission into state child abuse was appalling, and its refusal was because it was easier and cheaper to pay people to be quiet.

He has delivered a petition calling for an inquiry after he suffered abuse most of his childhood.

Mr West was put in care after he burned down his church at the age of eight because the minister there had been abusing him for two years.

"During a church service while he was standing on the stage I snuck under it and set fire to the place, burnt it down.

"Because of that I was sent into care. I was taken to Epuni Boys' Home in about 1972. I was thrown into the cells and beaten to within an inch of my life."

Mr West then suffered abuse at the hands of the home's night watchman, he said.

"I went on to be abused in a foster home, and by a leader of the Salvation Army - all people that were supposed to be helping me," Mr West said.

He said he had told police of the abuse numerous times, as well as his social workers, but nothing was ever done.

"Hundreds of kids in that home were abused, the number of kids being sexually abused by staff was high - it wasn't just a couple of us."

Mr West was sent an apology from the Ministry of Social Development last month and a compensation payment of $40,000.

The letter said the Ministry of Social Development took historic claims of abuse very seriously and remained committed to working with each claimant in a way that brought some resolution and peace for them.

"Nothing can change what has happened in the past but what the claims resolution team does is to acknowledge in a personal way the abuse that these people have suffered, to apologise for it and to make a tangible financial payment that also acknowledges what they have been through," the letter said.

He wanted an inquiry into all facilities which cared for children.

"A Royal Commission would get answers to all the questions - why did it happen, why was it not stopped and why was it allowed to go for to long - and would put new implications in place so it doesn't happen again.

"The only way we are going to change is to learn from the past and the people who suffered through it," Mr West said. 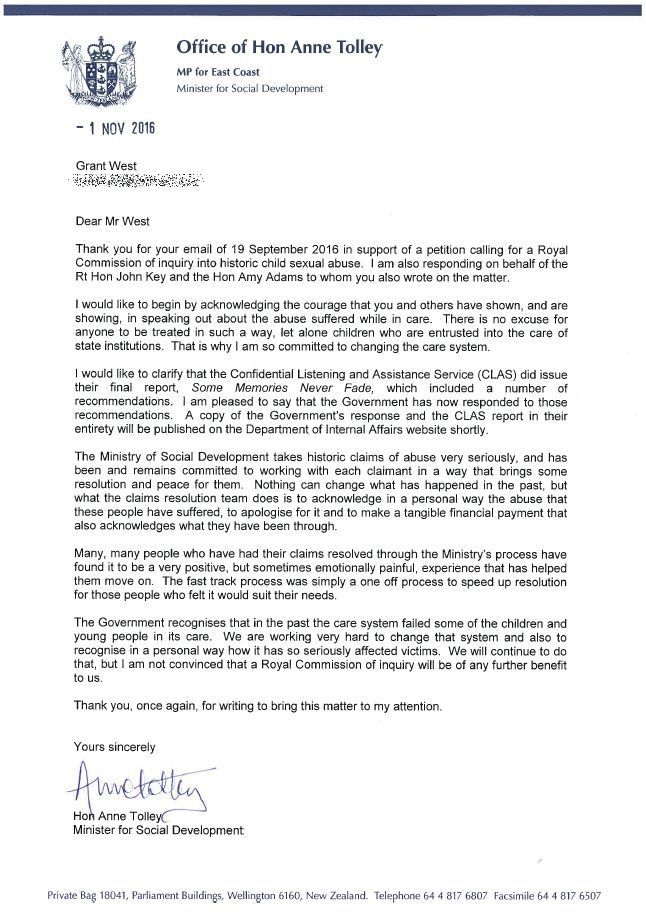