The government wants to know exactly how badly the crayfish fishery off the earthquake-affected east coast of the South Island has been depleted. 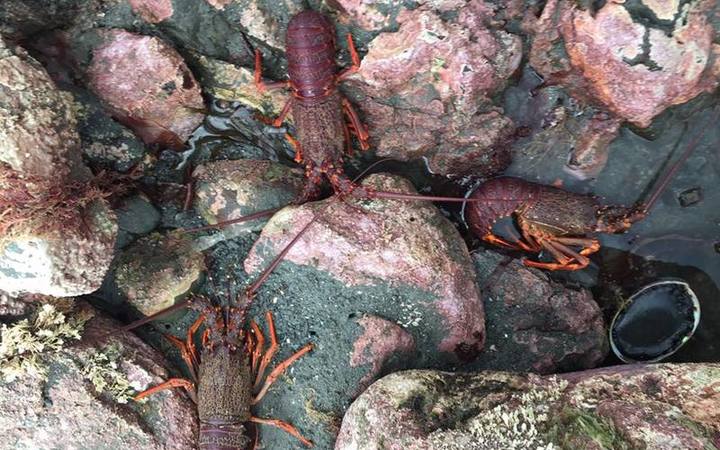 The earthquakes lifted the seabed by up to 4m along nearly 100km of coastline near Kaikōura, exposing vast quantities of sea life. Photo: RNZ / Simon Morton

The Ministry for Primary Industries announced a one-month closure for crayfish and three months for pāuā while research is carried out into the impacts of the Kaikōura earthquake on stocks.

It said last week's 7.8 magnitude earthquake lifted the seabed by up to 4m along nearly 100km of coastline, exposing pāuā and crayfish.

"There was a fairly significant [depletion] - nowhere near as bad as the pāuā stocks, but this survey will tell us what happened in the short term, and what will happen in the medium and long term," he said.

Scientists from the National Institute of Water and Atmospheric Research, and MPI, will be involved.

Minister for Primary Industries Nathan Guy estimated between 50 and 75 percent of all pāuā were believed to have died and he feared the entire fishery could collapse without a temporary ban of at least several months, despite summer being the peak months.

Crayfish is the most valuable stock in the area, with an annual harvest value of around $23 million. Pāuā's annual value is $1.2-$1.7m.

The government will contribute $2m towards the research.

As for pāuā, Mr Turner said a programme was being prepared but was not yet ready to implement.