A Northland woman has waited almost two years for her complaint alleging police misconduct over repeated protection order breaches to be dealt with. 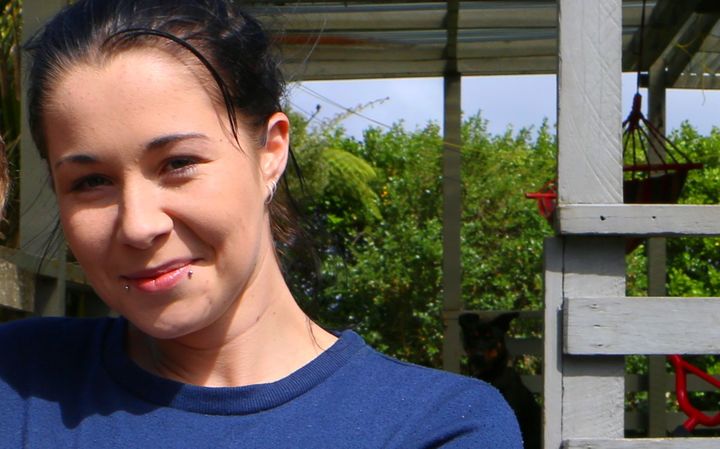 Hanham was jailed at the Whangarei District Court in May last year, for two years and four months for three breaches of a protection order and assault with intent to rape.

Ms Titford, 21, suffered more than a decade of physical and psychological abuse from her father, Northland farmer and anti-Treaty of Waitangi activist Allan Titford.

Titford was jailed for 24 years for arson, rape and the abuse of his family.

Ms Titford said her former partner, Hanham, starting hitting her after she gave birth to their son.

After he threatened to kill her, she turned to Women's Refuge and got a protection order against him.

Ms Titford said it took nearly two weeks for the police to serve him the order. He went on to breach it three times.

He pushed her, followed her and yelled at her and turned up to her home and took items.

Each time, she reported the breach to police.

Ms Titford said a senior constable who attended the third incident did not intervene.

It was only when she went to another officer that police took the breaches seriously and arrested Hanham, she said.

Upset at the first officer's treatment, she laid a formal complaint against him.

Since then, Ms Titford said she had heard little from police.

"At first they were ringing all the time. All that I've heard for like the last maybe eight months or so is that they're working on it and it's getting sent to a higher person each time. And nothing besides that."

RNZ has regularly contacted police for an update on Ms Titford's complaint.

In August this year, the Independent Police Conduct Authority confirmed the complaint was "almost concluded".

In late October, police said they had spoken to Ms Titford and and a decision was expected "within weeks".

The following day, the Northland police said in an email: "This employment investigation is yet to be concluded ... Ms Titford has also stated that she does not wish to have her personal details and circumstances disclosed to the media."

However, Ms Titford said she had always been happy to talk to RNZ about her case.

On 14 November, Northland police said a further meeting was planned for 30 November.

"We have kept the complainant updated regarding this investigative process and she will be informed of the outcome upon completion. The IPCA will also be furnished with a copy of this matter and will review accordingly prior to release. I understand that you are seeking a date but this can not be given at this point."

The head of Womens Refuge, Ang Jury, said Ms Titford's case was an example of the huge variation in how police handled domestic violence.

Police national family violence manager Inspector Fleur de Bes would not comment on Ms Titford's case, but said: "We do [take] breaches of a protection order seriously, and we need that trust and confidence of the public to report those breaches to us."

Ms Titford said it was unfair the senior constable was at work while her complaint was investigated.

She wanted to move on with her life.

Hanham was denied parole late last month to undergo psychological treatment. He will go before the board again in May.

* Hear the full investigation into protection orders on RNZ's Insight after the 8am news this Sunday.