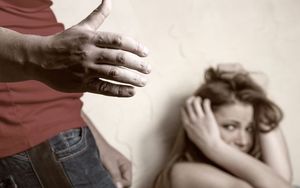 Police say there are clear expectations around the response to domestic violence. Photo: 123rf

Police in Whangarei have confirmed a complaint has been received against an officer and it is being dealt with by the district.

The Independent Police Conduct Authority has also confirmed it is aware of the complaints made against the Northland Police officer.

It said it was overseeing the police investigation of the matter, which was still underway.

Ulanda Cochrane, now 19, withstood more than a decade of physical and psychological abuse at the hands of her father, Northland farmer and anti-Treaty of Waitangi activist Alan Titford.

Titford was jailed for 24 years last August for arson, rape and the horrific abuse of his family.

Ms Cochrane said more recently she had been the victim of a violent relationship.

She claimed she had problems getting a protection order against her old boyfriend, and when she did have one police did not act three times when it was breached.

"The first time they were taking ages to get me the protection order. They kept saying it had been granted but it hadn't. I kept trying to make it so he couldn't text me or anything," she said.

"I met up with him out on the road and he did some stuff to me, so I rang the cops and stuff ... and they took a few weeks to do anything about it."

Ms Cochrane said the second breach was when the officer brought her ex-boyfriend to her house and left him there, while the officer stayed just up the road.

The third breach happened near a hospital, she said.

"My partner now ended up in hospital, so I went to see him and stuff. And then I left to go to my WINZ appointment, and he followed me up the ramp and stuff."

Ms Cochrane said it was not until she sought help from another officer that the protection order breaches were taken seriously.

"She finally did something about it and he got arrested. But the other cops were, like, useless as."

Ms Cochrane's ex-boyfriend was then arrested on three charges of breaching a protection order, assault against a female and threatening to kill, and bailed to a New Plymouth address.

"The cops were meant to contact me when he came up. Victim Support rang me and asked if I went to court and I was like ... no, and I didn't even know he was in court.

"She said the cops should've rang and told me he was up but no one contacted me."

Ms Cochrane's ex-boyfriend is due to appear in the Whangarei District Court for sentencing later this month.

She said she laid a complaint alleging misconduct against the officer in January, and had not heard anything from the police about it since.

Radio New Zealand has made several attempts to get in contact with the officer involved but he has not returned any calls. The district has confirmed an investigation is under way.

An educator at the Maori Women's Refuge in Whangarei, Stacey Pepene, said more and more police officers in the district did not know what was involved in enforcing protection orders.

"So she goes to the police, and she asks for a breach. And the police tell her, there's not enough evidence.

"Or he has breached but because he's awol ... because they can't find him, he can't be put before a court."

Ms Pepene said there was also a growing problem with men using text messages and facebook to contact their former partners.

"With social media, there's a whole new avenue that abusers can abuse. So those ones are real grey areas for our police and that as well. You know a text doesn't necessarily mean someone's life is at risk.

"And I've been told, 'well we can't breach them on that because we can't prove it's his phone'. And our argument is, 'well who else would text her such a thing?'"

The region's victim and family violence manager, Senior Sergeant Maria Nordstrom, would not discuss Ulanda Cochrane's case but in a statement said all police staff were trained in the appropriate response to family violence and there were clear expectations around that response.

She said it was important victims of family violence knew they could report it to the police and that police would take appropriate action.