A Muslim cleric criticised for anti-Semitic speeches at an Auckland mosque has been permanently stood down from his role in the Federation of Islamic Associations (FIANZ). 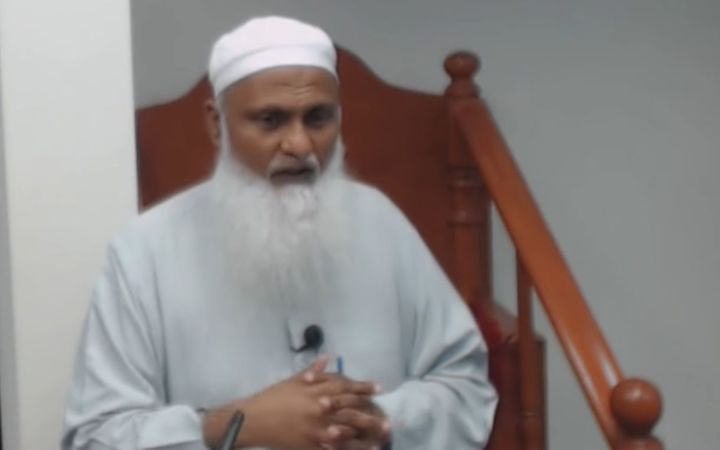 The comments were made by Shaykh Mohammad Anwar Sahib Photo: Youtube

The speeches made by Shaykh Dr Mohammed Anwar Sahib at the Al-Taqwa mosque, in Manukau, have been widely condemned, but the cleric said he had been misinterpreted.

Dr Sahib was the secretary of one of the federation's committees. He retains his role as the president of the Al-Taqwa mosque.

In a statement released this morning, FIANZ said it "vehemently opposed all teaching promoting intolerance, prejudice and discrimination against the followers of any faith".

The Human Rights Commission is investigating the comments and FIANZ said it would fully cooperate with the commission.

"We thank New Zealanders for their feedback, solidarity and support," its statement said.

The comments emerged in video footage published on the blog Whale Oil, which Dr Sahib said had been compiled from several different sermons and taken out of context.

FIANZ president Hazim Arafeh said the organisation did not agree with any comments made by Dr Sahib.

"We do have a consultation process that we go through, and then FIANZ decided that it has to distance itself from any anti-Semitic or hate speeches."

Dr Sahib has declined a request for an interview.

Ethnic Communities Minister Peseta Sam Lotu-Iiga welcomed FIANZ's move, saying he believed that was the right thing to do.

New Zealand Jewish Council spokesperson David Cumin said, while it was glad FIANZ had stood down Dr Sahib from its organisation, it was worrying he was still able to preach.

"It's still concerning that he might still be able to influence people at his mosque though and I hope he is watched closely," Mr Cumin said.

The Human Rights Commission said it had received 17 complaints about Dr Sahib and it was investigating.

He told Morning Report that the view Dr Sahib was expressing was "well-established" in the Koran, the holy book of Islam.

"And the background of that is that there has been a consistent rivalry over time between Jewish communities and Muslim communities. And he is just reflecting a very conservative view of that. I think you will hear some similar at various times in Christian churches across the country, as well."

He said while comments such as Dr Sahib's were often heard in religious communities, they were not acted on because New Zealand was a secular society where that kind of discrimination was not allowed.

"We're tetchy because anything to do with Islam in New Zealand that would throw us into the conflict elsewhere grabs attention, but I think we need to keep things in context."