Anti-Semitic speeches made by a Muslim cleric at an Auckland mosque are being widely condemned, but the cleric says he has been misinterpreted.

The comments were made by Shaykh Mohammad Anwar Sahib at the At-Taqwa mosque in Manukau earlier this month, where he also made derogatory comments about women.

They emerged in video footage published on the blog Whale Oil, which Dr Sahib said had been compiled from several different sermons and taken out of context. 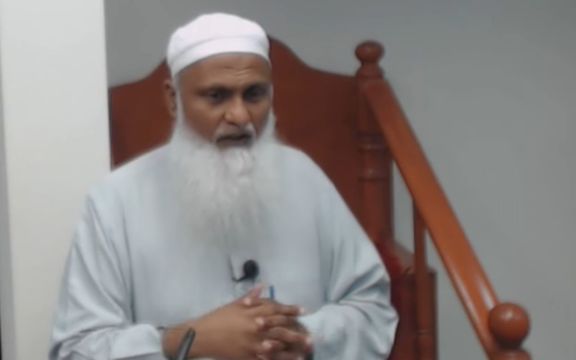 In a written statement posted on his website, Dr Sahib said that he had not delivered hate speech about people of other faiths, and that he did not hate any human being regardless of their faith, place of origin, race, colour or political affiliation.

He said he had not asked people to attack or harm anyone - and in Islam, inciting hatred and promoting violence was sinful.

"I have always preached for peace and harmony in this society. The cut-and-paste version reported by the Whale Oil (blog) is the misrepresentation of my views as an Islamic scholar."

'Danger to us all as New Zealanders'

The Human Rights Commission said Dr Sahib's comments condemning Jewish people were appalling and had no place in New Zealand.

The commission has received at least one complaint about the speeches.

Race Relations Commissioner Susan Devoy said both the Jewish Council and the Federation of Islamic Associations had told her they were deeply concerned about the speeches.

She has asked for an urgent response from the federation, which has also not responded to calls from RNZ.

Jewish Council spokesperson David Cumin said it was disgusted by the comments.

"I don't think that those sorts of comments have any place in New Zealand civil society and really the worry is that those kind of sentiments will radicalise impressionable congregates, and people that view it, and it's a danger to us all as New Zealanders."

Mr Cumin said if a senior member of the Jewish community was making racist and sexist comments, they would no longer be representing the community.