Tourists with campervans or vehicles in Kaikōura are settling for the long-haul, with inland access to the town blocked off and no indication of when it will reopen.

It was revealed yesterday that the back road to Kaikoura will not be open this week and Civil Defence says it can't say when the route to the town will be open.

Locals are being allowed escorted access as far as Mt Lyford, but the road is closed to the general public - and there is still no public access to Kaikōura.

Some people who choose not to evacuate the town after last week's earthquake on HMNZS Canterbury or by helicopter have now been left high and dry.

Many are tossing up the options of sticking it out, or footing the bill for a helicopter ride to Christchurch.

Bob and Jill Eva were enjoying their retirement travelling around the country in their campervan called Destination Unknown when the quake struck.

Now, they really don't know where - or when - they're going.

Mr Eva said the campervan was his pride and joy and it was not an option to leave it behind.

"We will ride it out, the road not opening doesn't worry me because I'm not in a hurry to get back, but it would be nice to get back for Christmas.

On the other hand, Keith and Wendy Walker from Christchurch have had enough.

Mr Walker said the communication about the road had been mixed.

"We were told it would be open by the end of last week, that's why we stayed because we thought we could get out with our van, but the date keeps getting pushed back and the news it won't open this week has really rocked us."

Mrs Walker said they might end up paying to fly out of Kaikoura.

"There is a few like us in this situation, so I think the council is looking into getting a helicopter that we could all split the cost of.

"If officials said they would definitely get us out on the road by Christmas they could wait it out, but at the moment it is closed indefinitely."

She said her husband had only one weeks' medication left for his heart condition. 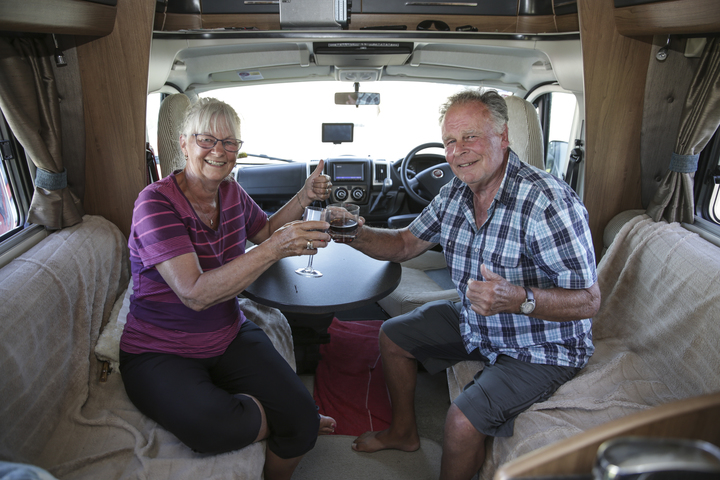 Bob and Jill Eva are not in a hurry to get home but would like to be there before Christmas. Photo: RNZ / Rebekah Parsons-King

"We will soldier on, but we can only do what we can do - we would like to get home."

Lea's mother had just arrived from Paris went he quake struck, and it now looks like her three week New Zealand holiday will be spent in Kaikoura.

Lea said the experience had been draining.

"It was tiring at first, all the aftershocks, we didn't know what to do.

"We were afraid but now we are disappointed too because we don't have much information about the road so we can't plan anything."

Like others still sleeping in their cars outside the Kaikoura Hospital, they cannot afford to get out of Kaikoura by helicopter. 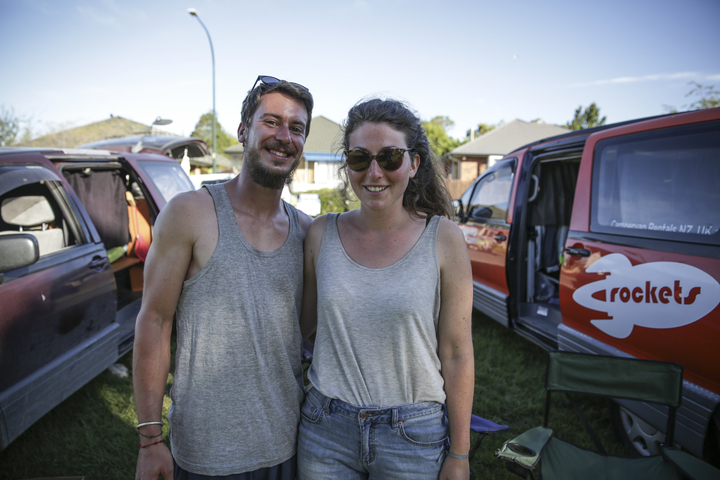