Takahanga Marae served its last communal meal last night, having kept thousands of quake-weary people in Kaikoura well-fed over the past week.

The marae has been a welfare centre, serving more than 10,000 meals and giving out 1700 care packages. 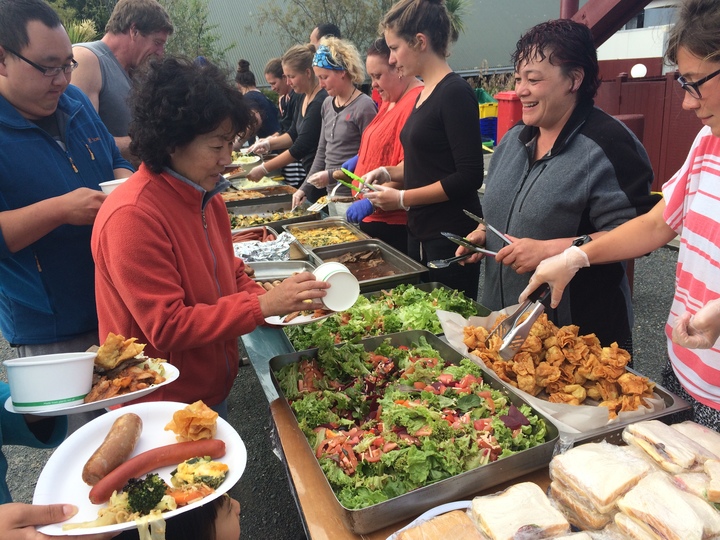 The marae served more than 10,000 meals over the past week. Photo: RNZ / Max Towle

Yesterday it went all out one last time - there was roast beef, casserole, veges, sausages, frittatas, and shepherd's pie.

"I wouldn't call it the 'last supper', people in the community still need feeding, they still need help, and we'll be here to help," said David Burt, one of the cooks.

He is from Scotland and now lives in Kaikoura with his wife and two children, working as a social worker.

A couple of days ago their home was red-stickered and they are currently living in a sleep-out.

But he, like so many in the town, remains calm. 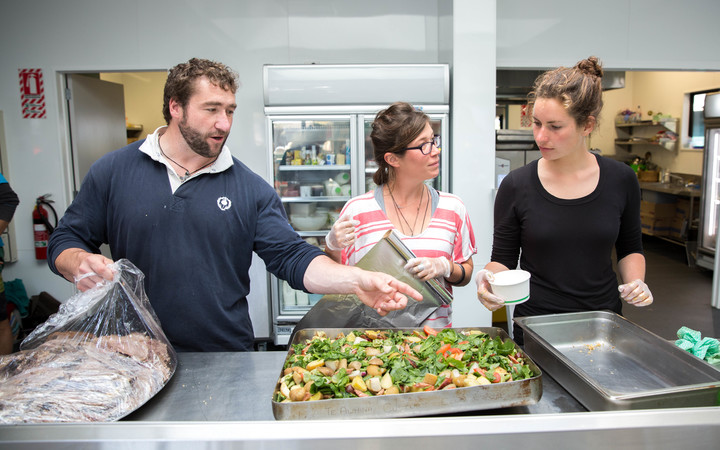 David Burt (left) and two other volunteers work in the marae kitchen to prepare the final dinner for the community. Photo: RNZ / Claire Eastham-Farrelly

"In a small community like this we're all family," he said.

"We all look out for each other and work with each other and being a social worker you're part of the community anyway, you're out there helping people.

"My family has been given a red card, we're out in a sleep-out, but the community has still given us a lending hand."

The marae has been run by its whānau, local volunteers, and Ngāi Tahu volunteers flown by helicopter up from Christchurch every day. 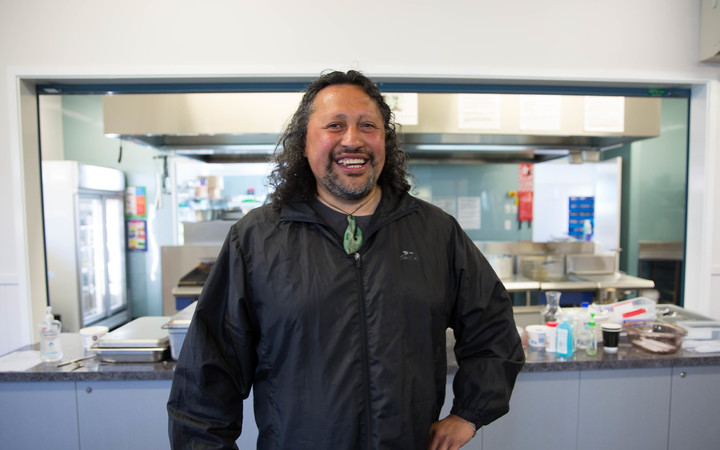 "There are a lot of traumatised people, a lot of our families lost their homes, they had nothing - and first thing people want to do is to band together to help.

"One hour after the earthquake the marae opened up and we had people coming up not long after that." 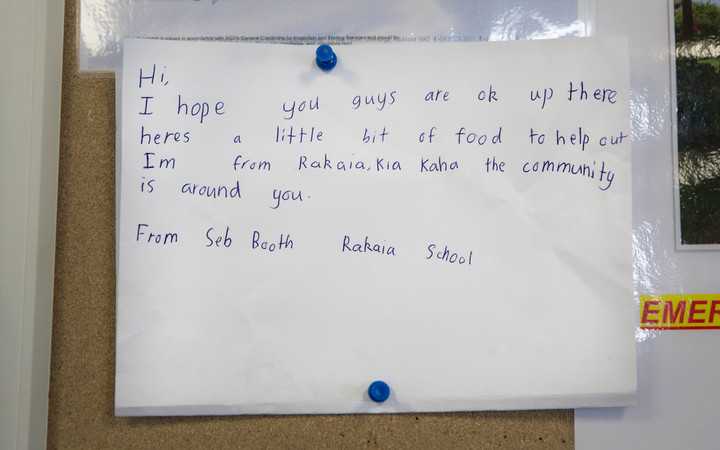 A handwritten note that came with some goods donated to Takahanga Marae. Photo: RNZ / Claire Eastham-Farrelly

With hundreds of tourists stranded across the road in Churchill Park, Mr Manawatu said the marae became a hub of diversity.

"Ngāi Tahu were really rapid with their response and on the Monday morning they brought their first lot of supplies in.

"This first week was going to be the hard week - everyone is still in shock and unsure - as of tomorrow we're in recovery mode and cooking for our whānau who we've pretty much neglected over the past week because we've been feeding everyone else." 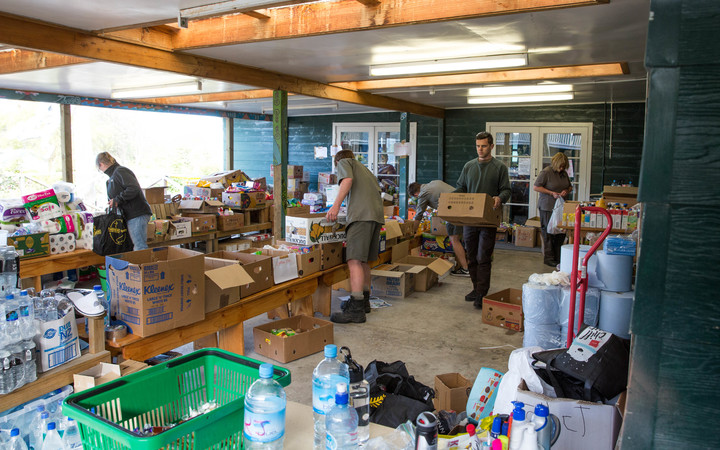 A marae kaumātua, Major Timbs, has seen decades of change in Kaikoura and is confident it will get back on its feet.

In the marae's stead, the local primary school will from today serve as the town's welfare centre.