Billy the kid is used to being saved.

Karana Barker's family rescued and adopted the 4-month-old goat after his mother was shot. 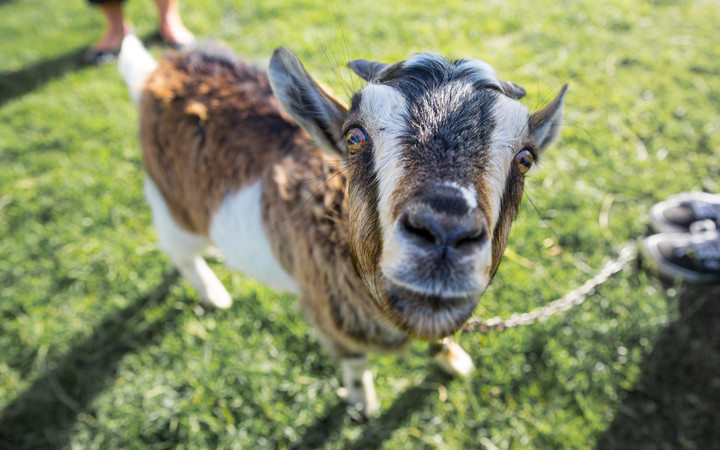 When Monday's 7.8 magnitude earthquake hit and the family made for the hills, he went along for the ride.

That night, he huddled up with the five of them in their truck. They did their best to sleep.

Now, he follows them everywhere. He walks with them to the shops and the park and remains in good spirits, like his family.

"It's been quite amusing for the tourists who have been taking lots of photos of him," Ms Barker said.

She and her children were staying with friends because their house was wrecked. 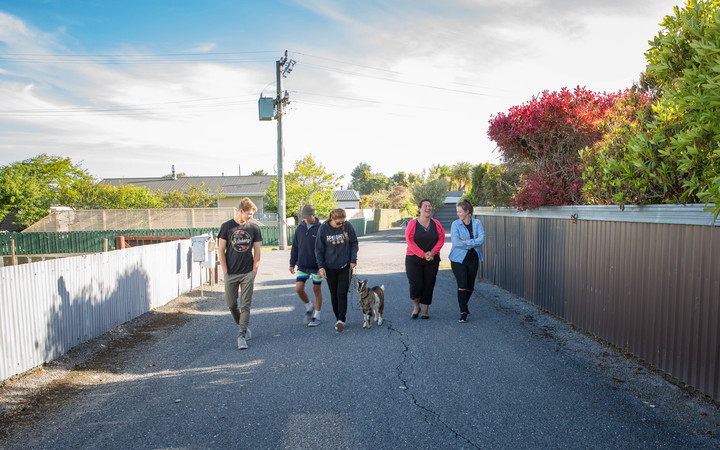 A brick wall partly collapsed, their garage was on a lean and glass from broken windows had to be tiptoed around.

Inside, wardrobes, cupboards, beds, the television - almost everything is broken.

There is old food, dirty clothes, Lego, and once-treasured items are debris on the floor.

In the middle of the kitchen, squished to a pulp, is the family goldfish.

The family is one of hundreds whose lives have been torn up - like the driveway outside their home. 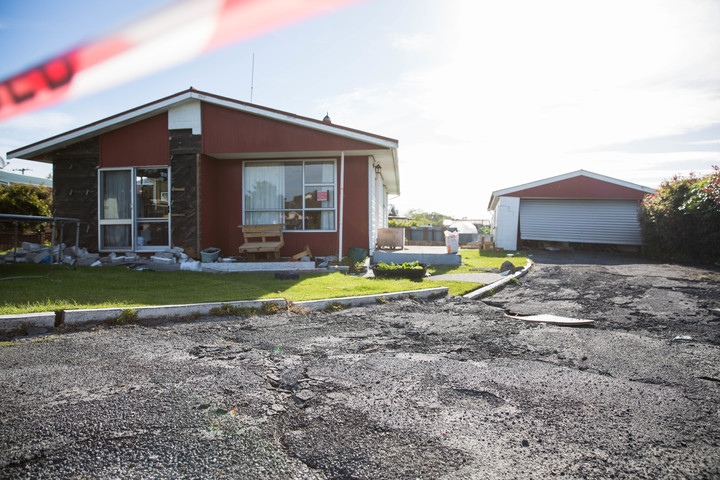 "At the moment we have been put up by a very good friend and our stuff is stored at our daughter's," Ms Barker said.

"We're trying to take things day by day, we don't know what to do. The place is pretty isolated and isn't looking good for the next few years.

"One day you feel OK and then the next you don't - it's like an emotional rollercoaster and seeing all the media in the town really drives things home."

Karana works with children at a daycare centre. 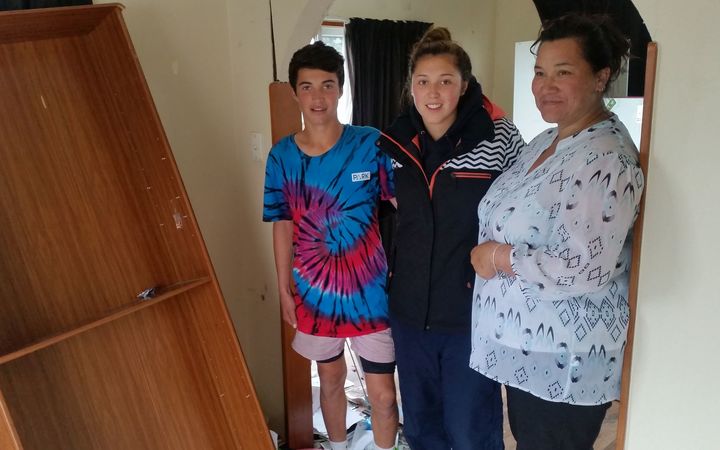 "I think there will be a lot of nervous parents out there who will be nervous to put their children into daycare," she said.

"The short-term plan is to stay - my son works on a farm milking cows and, unless my four kids are coming with me, I'm not going anywhere."

He said the earthquake was "pretty scary".

"I just covered my face and wondered what was going to happen next," he said.

"Mum was scared and screamed and got chucked out of bed. My sister's bed snapped and we all ran straight out of the front door.

"We pretty much went into survival mode."