Kaikoura business owners say the town could die once the relief runs out, and only reopening State Highway One will save it.

Monday's magnitude 7.8 earthquake was a devastating blow for a town where 80 percent of businesses cater for tourists.

SH1, the main route to Kaikoura from the north and south, is closed. It sustained significant damage, with cracks, fissures and landslides. The New Zealand Transport Agency said restoring full access would take several months.

SH70, the inland road into Kaikoura from the south, is closed, but could reopen as early as today.

Damage to sea life, the fisheries industry and wildlife will affect the town's biggest touristsattractions, such as whale watching, dolphin encounters and the seal colony. 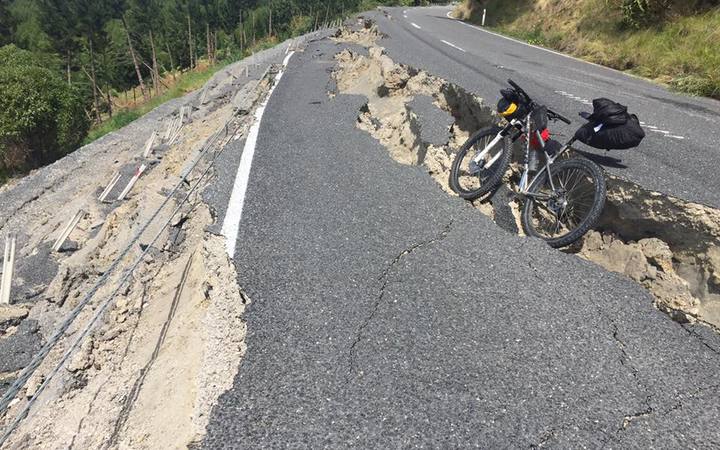 The government yesterday announced a $7 million, eight-week subsidy package to help small businesses keep staff on, but business owners already believe it will not be enough.

Dwayne Fussell owns Coastal Sports. He has lived in the town for 15 years and is raising a family.

He welcomed the government package - "no-one wants a hand out, but when you're isolated on an island" - but said it would not keep the town alive.

"The general feeling is, it won't get us through," he said.

The town's businesses were seasonal. They made money over summer and struggled through winter, he said.

"If you don't make that [money] through the December, January months, you're not here the following summer.

"The house, the mortgage, the business - everything is on the line."

Only reopening SH1 would bring the visitors back, he said. If the tourists stayed away, the businesses would disappear.

"People might come and camp, but the infrastructure will be gone.

He was concerned about Kaikoura's future if SH1 was not repaired quickly enough.

The subsidy was a positive step, but she hoped visitors did not dry up.

"This was going to be another bumper year for us. We had a fantastic year last year and it was proving very positive with the forward bookings that we've got."

"It's just soul-destroying," she said.

The 14,000-person capacity park, which is usually teeming with activity, was "eerily quiet", Ms Parkin said, with everybody evacuated.

Ms Parkin hoped regulars who had booked for Christmas did not change their plans, as the flow-on effect would be huge.

"They're coming in, shopping at our local supermarkets and fuelling up. It gives the town a huge boost and when they can't stay with us, it's an effect the whole town will feel. It'll ripple right through."

Labour leader Andrew Little said the government announcement was an essential first step, but would need to be extended - and include medium-sized businesses.

Social Development Anne Tolley said Kaikoura businesses with 20 or fewer employees would get $500 a week for fulltime staff, and $300 for part-time staff as part of the relief pacakage.

"The roads have been so badly damaged around Kaikoura that it's going to be an extended period for that township to get back on its feet again," Mr Little said.

"Hopefully Kaikoura will be accessible from the south and that town is really going to need every bit of support it can get.