A seismologist says there was never any risk of big waves after Monday's quake. 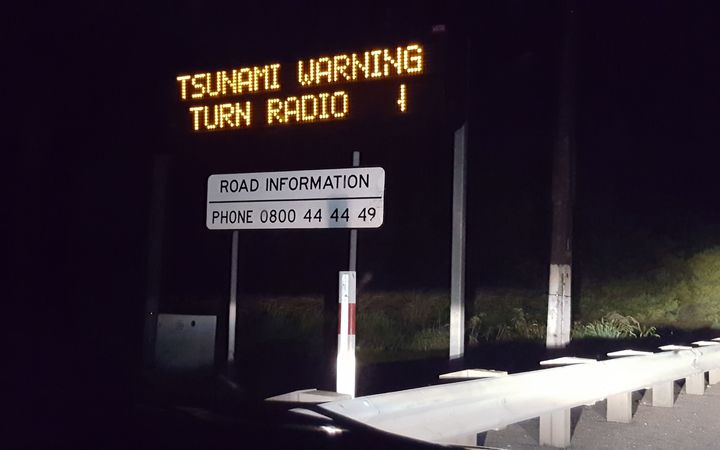 Dr Chris Buckley, a former professor of geology at California State University, said there was no way the magnitude 7.8 earthquake would have generated a tsunami of a dangerous size.

The Pacific Tsunami Warning Centre put out accurate information about the size of the waves generated online very soon after the earthquake, yet officials told people up and down the east coast to evacuate, he said.

Dr Buckley said when the tsunami was moving through the ocean between Kaikoura and Wellington it measured about 1.5 metres.

Within an hour or so, when it reached Wellington, it had dwindled to 40 centimetres.

About 12.30am, Northlanders from the Far North to Mangawhai were woken by the blare of tsunami sirens.

When they checked the Northland Civil Defence Facebook page or called 111, they were told to evacuate immediately.

Maria Madden and her husband, who live near the siren on the Ngunguru estuary, bundled up their children and fled.

"We woke up with a massive fright," she said.

"We were just running round, grabbing stuff to get into the car and get to higher ground. I was checking Northland Civil Defence's Facebook page for updates and that's what it said to do. I was sort of panicking and trying not to ... it didn't sound as if it would end well. "

In Mangawhai, Bruce Rogan rolled over and turned a deaf ear - cramming his good one into the pillow.

"We've had several tsunami warnings when there was no tsunami," he said.

"That causes a lot of cynicism. People say, well this is just Dad's Army, trying to justify their existences."

In Tutukaka, Dr Buckley and his wife, Darlene, did not hear the sirens.

Dr Buckley, who lives at Tutukaka in Northland, said there was no good reason to advise people to flee to higher ground.

He said too many false alarms would cause people to lose faith in the warning system.

Dr Buckley has queried tsunami warnings in the past, notably in 2009 when Civil Defence gave the all-clear just as the waves arrived at Tutukaka harbour, causing mayhem for boats heading back into the funnel-shaped harbour against a sudden tidal surge.

This time, he said, officialdom overreacted.

"How much do you disturb the public, and say how far up the hill must you climb, because there's a tsunami coming in? One and a half metres isn't much."

"We are way over-playing the size and the role of tsunamis. And this is happening in a lot of other places too, because unfortunately we are in a period of science where, to get funding, you have to scare the hell out of the public."

A Northland Civil Defence source said the decision to turn on the tsunami sirens and tell people to evacuate had the approval of Civil Defence authorities in Wellington.

Civil Defence and Geonet have been too busy to respond to Dr Buckley's questions.