A New Zealand Defence Force (NZDF) convoy of 27 trucks carrying vital supplies for Kaikoura is still stuck in Culverden, and is waiting for heavy rain to clear. 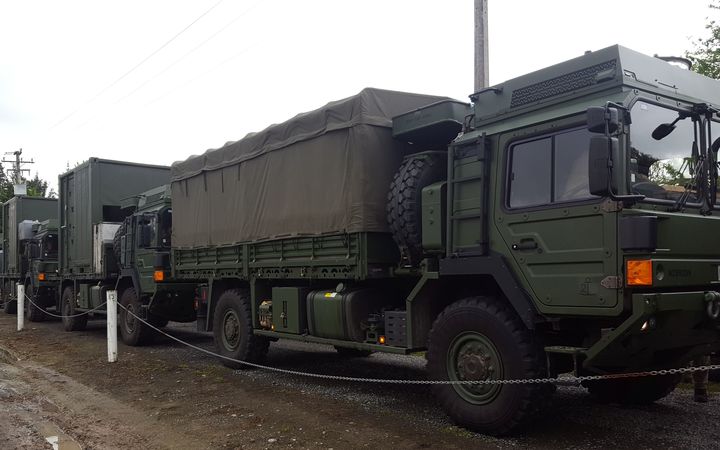 Geotechnical engineers have advised the army of a risk of landslides on State Highway 70 because of heavy rain and aftershocks.

The NZDF said the convoy was supposed to leave for Kaikoura from Culverden earlier today, and then again at 4pm.

Another survey will be conducted before the convoy is allowed to proceed.

The trucks are carrying supplies for staff and patients at the town's hospital.

They also have water, fuel, enough fresh food to feed 250 people over the next week, and a team of chefs to prepare the food.

More bad weather on its way

Civil Defence said it was very concerned about the deteriorating weather in Kaikoura and Wellington.

Its director of emergency management, Sarah Stuart-Black, said the poor weather was increasing the risk of flooding and slips.

Local emergency services and councils were closely monitoring the situation, she said.

"We are really concerned.

"It could mean that there is increased risk with further landslides, obviously surface flooding, so we're wanting to ensure that people stay safe," Ms Stuart-Black said.