Dorothy Caldwell has been dubbed the world's oldest navigator. 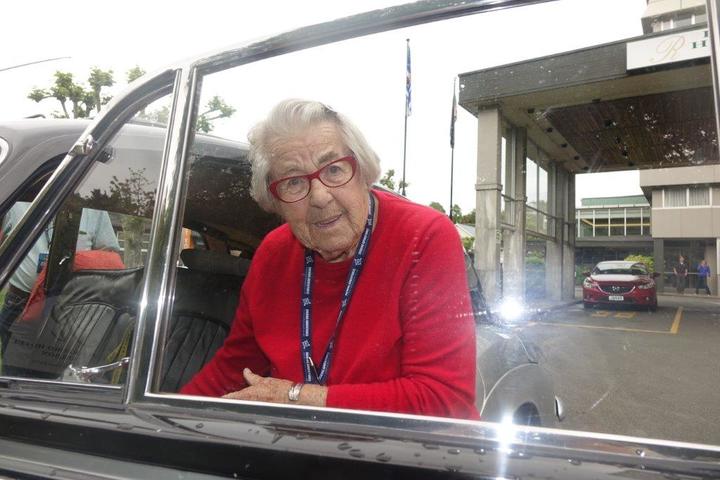 The fleet has just swept through Nelson on its way south to Christchurch, and while Mr Caldwell said his driving was more sedate these days, it was almost always with his most trusted navigator - his mum, Dorothy.

And they travel in style.

"It's a 1963 Rolls Royce silver cloud which I've owned for 30 years. I've driven all over the world - Russia, China, India, Nepal, Bhutan and America twice with Mum. We did a thing called the Trans-Am.

"She and I also went to Burma (Myanmar) and did a month-long rally there, so she's an experienced long-distance rally navigator. 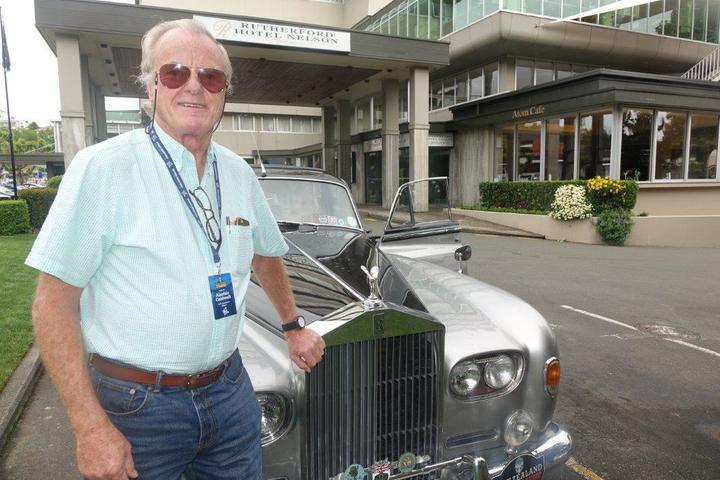 The pair are taking part in the UK organised classic and vintage car rally. There are 22 cars in the fleet, from a 1926 Bentley, to a 2016 Ford Mustang.

"The cars come from France, Belgium, Germany, Australia, America, but they all congregate at one port and they're shipped over by container.

"It takes eight weeks and then they come in, we unload them, they go through Customs and then we assemble them," Ms Winterbourne said.

She said the support team included a doctor and a team of three mechanics, and each rally was organised a year in advance.

Ms Winterbourne said it cost about $18,000 to ship each car, which was a big commitment of time and money but well worth it.

She said Europe's roads were now too clogged to enjoy a decent drive, and the rally drivers were loving New Zealand's wide-open and well maintained roads. 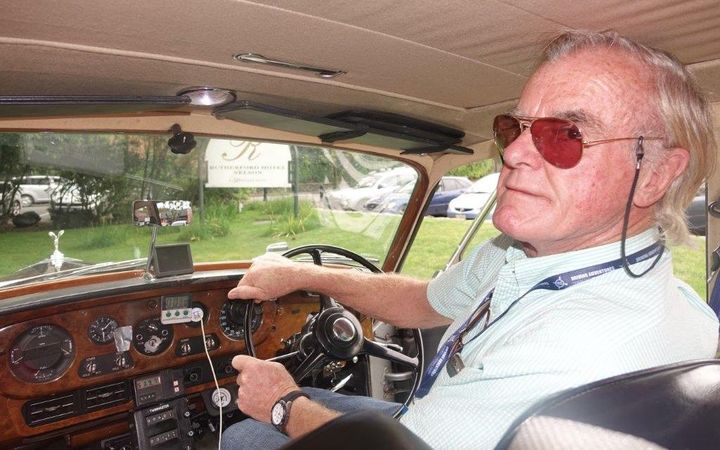 Mr Caldwell said they had even taken to some back-roads, including through the Molesworth high country station between north Canterbury and Marlborough.

Mrs Caldwell said her role as navigator involved planning, and a good understanding of some often complex and fast-moving instructions.

"I read the road book and talk to Alastair about it, if there's anything peculiar. I find it quite easy to interpret."

She said she had occasionally put him wrong, but Mr Caldwell admitted that was more often his fault for choosing not to listen properly, and his mother was not above shouting at him if he needed to be put right.

Mrs Caldwell, who was born in the UK, will soon turn 99. As a young woman she moved to New Zealand with her husband, and now lives in Hamilton.

Mr Caldwell was born in New Zealand but made his way to England in the late 1960s. He worked his way up to become the McLaren Formula 1 team manager, and the boss of racing legends such as Nelson Piquet and James Hunt. 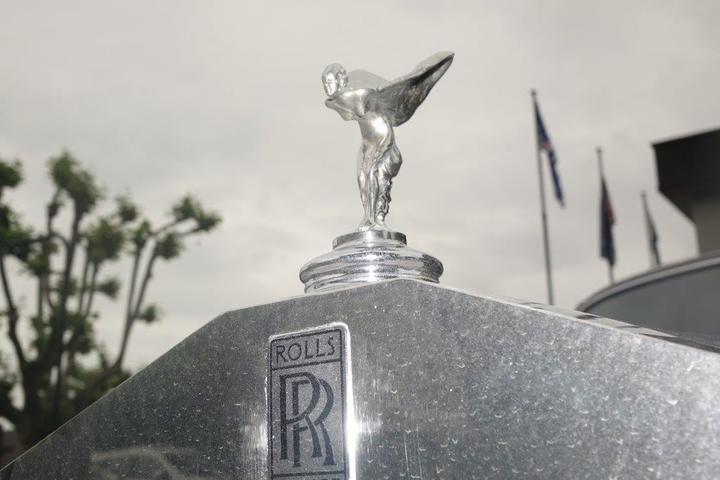 Mr Caldwell said there were few comparisons between a classic Rolls Royce and a Formula 1 machine.

"Well, they're both cars and they react in exactly the same way, except the Rolls Royce is probably more complicated than a modern grand prix car which is like a go-kart with no suspension at all but an incredibly complicated engine."

Mr Caldwell said while London was home, New Zealand still beckoned, and he might end up back here - when he was old, but he was not there yet.

The 5300 kilometre rally started in Auckland and was due to finish in Christchurch on 25 November.

*To follow the rally and see pictures of the journey visit the blog.