As aftershocks continue to roll, the tiny community of Mt Lyford is coming to terms with ruined homes, fissured roads and a long rebuild ahead. 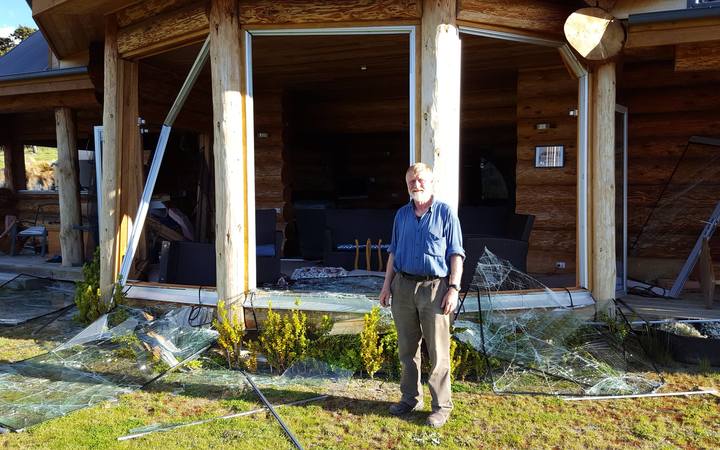 The midnight earthquake on Monday, which GNS Science upgraded from magnitude 7.5 to 7.8 on Wednesday, devastated the small South Island town, which has about 35 permanent residents and lies about two hours' north of central Christchurch. One woman died during the quake, reportedly of a medical condition as she ran from her home.

Local Don McIntosh showed RNZ the damage to the "dream home" he had hoped to retire in.

"Everything is just wrecked," he said.

The damage to the home is significant: every window has blown out and shattered, and the house has shunted off its foundations.

"It was going up and down, going sideways, it was rolling, the whole house was twisting and flexing and the noise was just horrendous," Mr McIntosh said.

Mr McIntosh, who was in bed when the quake hit, said it was "absolutely terrifying".

"We couldn't get out, we just couldn't move, because the movement from the house and the noise was so bad," he said.

"It was terrifying, absolutely terrifying, I honestly thought we wouldn't make it or we'd come out of here seriously injured.

"As you can see from the devastation, how we both got out of here without a scratch is just hard to believe."

"Every house on the inside, it's like someone's just chucked everything that wasn't fixed onto the floor," he said.

"I predict 50 percent or slightly more will not be habitable."

Steve Dale, who has lived in the area about five years, was on his way to get food supplies for his family and other residents on Tuesday.

"Our house handled it pretty well. We lost everything inside, but that's replaceable."

The inland road to Mt Lyford - which also links through to Kaikoura - opened on Wednesday to allow military vehicles and supplies through.

Acting Civil Defence Minister Gerry Brownlee said it was hoped it would be cleared further by the weekend.

RNZ reporter Conan Young, who was in the area on Tuesday, said the section of the road to Mt Lyford was "an absolute mess".

"Huge fissures in the road, the road has given way in many places, I lost count of times we had to slow down and drive through a paddock to then get back onto the road again.

"At one stage we actually missed a one metre drop, went straight into it, had to get a local farmer to bring his tractor down and pull us out of this huge hole," he said.

"It's going to be a massive job, even just getting this road open on a temporary basis," he said.

The 20km trip to Mt Lyford, which might normally take 30 minutes, had taken two hours. 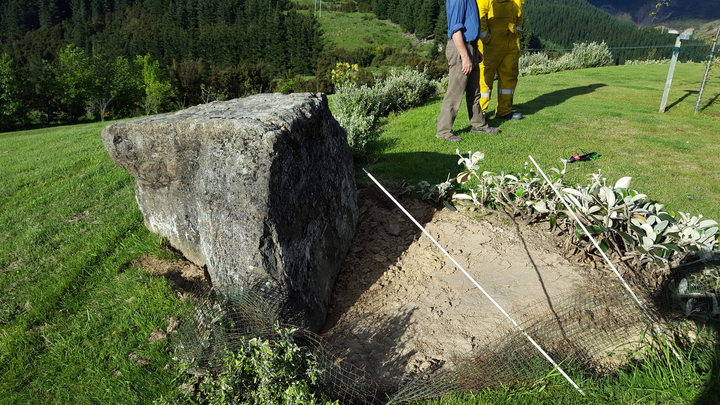 A boulder dislodged at Mt Lyford resident Don McIntosh's house by the force of the quake. Photo: RNZ / Conan Young