Worried about his family after hearing about the damage caused to their home, Kevin Keehan made an extraordinary 15-hour journey to be reunited with them. 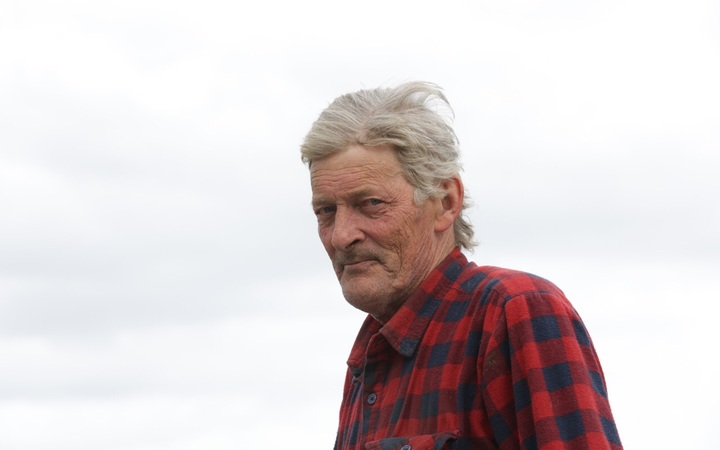 Kevin Keehan travelled by truck, tractor and helicopter on a cross-country trek to find his family after the earthquake. Photo: RNZ / Rebekah Parsons-King

Mr Keehan, who works in Makarora at the head of Lake Wanaka, travelled by truck, tractor and helicopter to get back to his wife, daughter and 94-year-old blind father in Kaikoura, straight after the midnight quake hit.

"My wife rang me at two this morning and my daughter and they said it [the house] was totalled. So, I rang the boss, he picked me up in a tractor and brought me across the river and I jumped in my truck and I just kept coming until I couldn't get any further," Mr Keehan said.

He got as far as Mt Lyford lodge in his landcruiser with a dog trailer on it, driving up a riverbed when he couldn't get any further up the road.

He got through the riverbed but the next slip forced him to stop at the property of friend Hugh Northcote, of the Whalesback Station, in Kaikoura.

Mr Keehan said Mr Northcote organised a ride for him, despite the damage done to his property.

"That's what country people do, they look after everybody else. He's a top guy - he would give the shirt off his back."

He then shared a ride on a helicopter which had been organised by RNZ.

"I'm going to the township to see where my family are. I don't know what I'm going to strike," Mr Keehan said.

"I've come to see my wife and daughter and my father's here somewhere. Also, my mother-in-law and father-in-law. They're accounted for but I don't know where my father is, but someone will be looking after him as he's 94 and he's deaf and blind, mate."

He said his wife, daughter and dad were the driving force behind bringing him home so quickly. 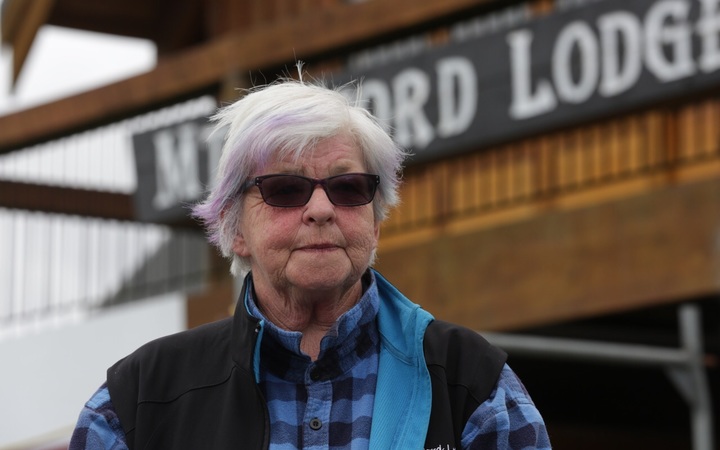 Jenny Yeoman took ownership of the Mt Lyford lodge in June this year with her sister and sisters husband. Photo: RNZ / Rebekah Parsons-King

'For us North Islanders it was horrific'

Meanwhile the owner of a lodge in Mt Lyford is devastated it's been left severely damaged by yesterday's quake, just months after she bought it.

Jenny Yeoman, a former teacher from the North Island, bought Mt Lyford Lodge in North Canterbury with her sister and brother-in-law in June.

She said it was just starting to take off with the tourists before the quake struck.

"We only bought it in June this year, so we've been here five months and we've got it up and running and ready to really steam ahead, now this. So it's not good."

"There was huge damage, we lost a lot of precious things, personal things in our apartment, and within the building it's a total wipe out of our bar and kitchen facilities. However, we didn't lose a life, we've lost a lot of goods, but not a life and no one was hurt."

She said at the time of the quake, she didn't think everyone would escape unscathed.

"I am very surprised because the way this building was shaking, and the noise, I expected something really horrific - especially with my 85-year-old parents in the bottom."

Ms Yeoman said she had never experienced anything so terrifying.

"For us North Islanders it was horrific, there's the people in the South Island who know lots about earthquakes, but we know nothing, so it's been unnerving."