The worst of Wellington's weather should be over, after today's torrential downpour.

The capital was hit by 82-millimetres of rain between midnight Friday and 9pm, which is more than half the average rainfall for November.

It flooded roads and houses in the suburbs of Mornington and Kaiwharawhara were evacuated as a precaution after slips. Sandbags were put in place in the two suburbs to contain floodwaters. 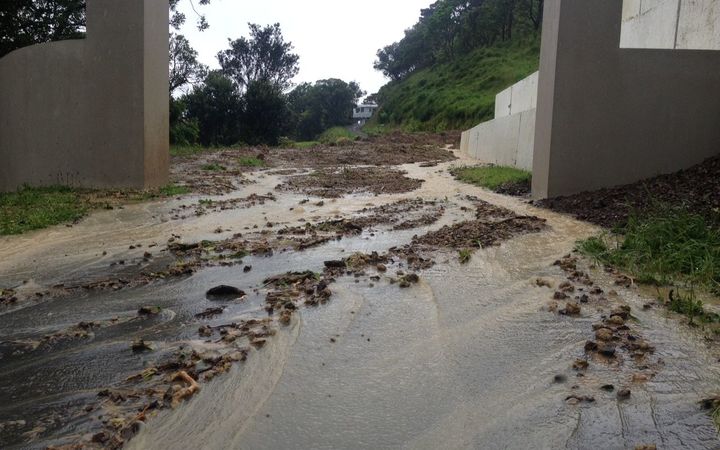 Main Road in Tawa closed for several hours by a slip and a fallen tree, but had since reopened.

People in a Northland house were advised to leave shortly after midday.

The city council said it got more than 400 calls from people reporting flooding and slips, including on roads in Wadestown.

More than 50mm of rain fell in 12 hours in Taranaki, Wellington, the West Coast and Golden Bay, MetService said. 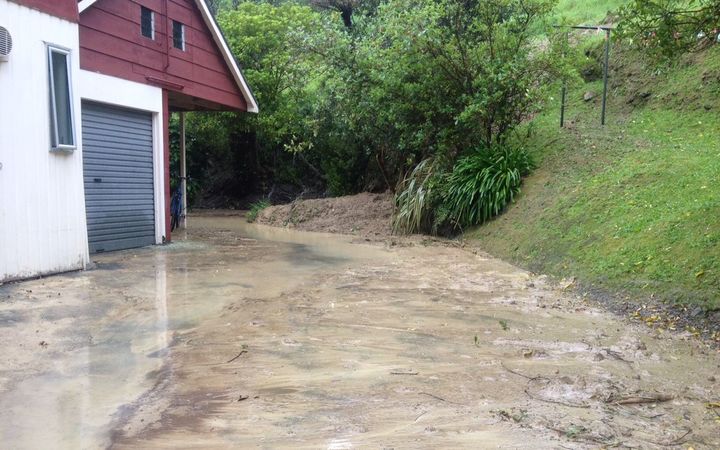 Rain brought down more than 70 slips in Wellington, though none were major. Photo: RNZ / Emile Donovan 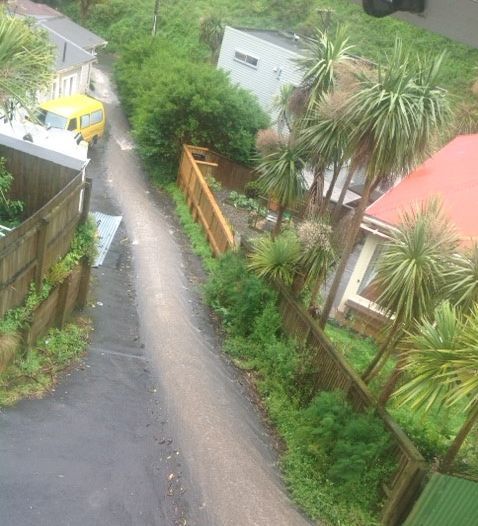 MetService has dropped its severe weather watch for the city. It expected a dry day - and even a little sun - tomorrow.

The council would provide welfare assistance for any evacuees if it was needed, Civil Defence controller Simon Fleisher said. 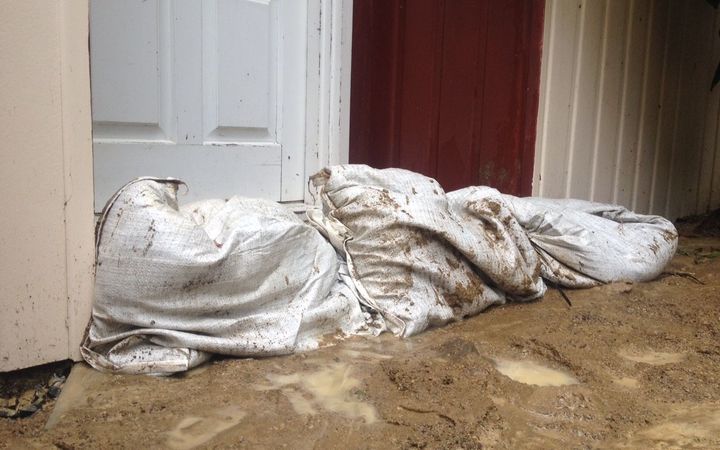 Sandbags were being used at houses in Kaiwharawhara (pictured) and Mornington in Wellington. Photo: RNZ / Emile Donovan

The Transport Agency warned motorists to take care on roads near the capital where surface flooding made driving conditions treacherous. 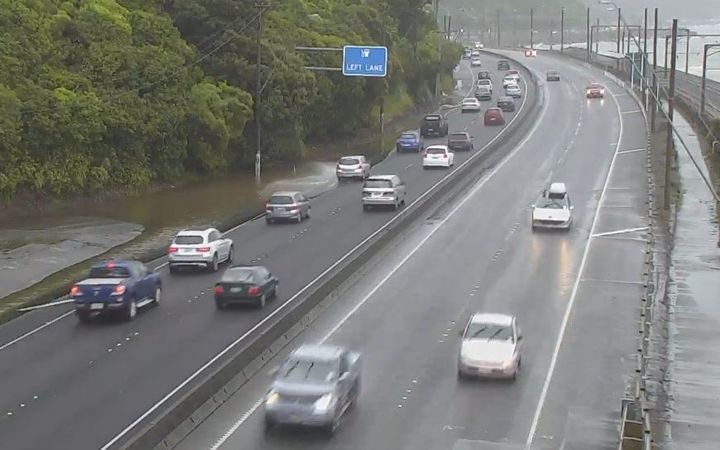 Heavy rain flooded a subway at a train station at Ngauranga, near Wellington, but rail operator Metlink said the rest of the Hutt Valley line was running as usual. 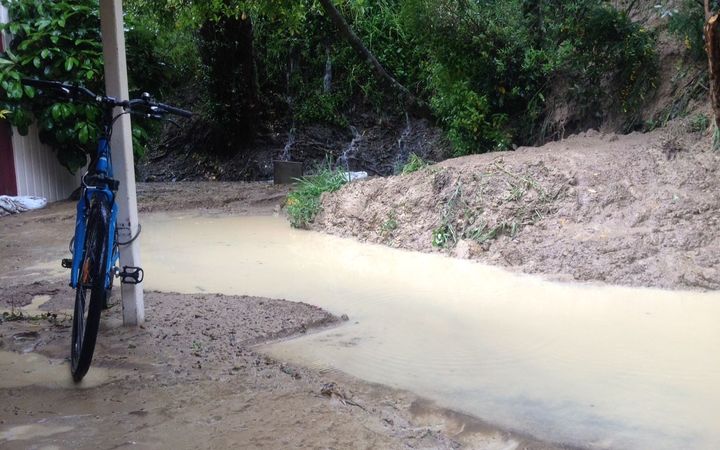 Water pooling outside a Wellington house after this morning's heavy rain. Photo: ‏@MetService

When will the rain stop? Pic shows the next dry day, defined as <1mm rain from 7am to 7pm.Heaps more useful info https://t.co/hnwmGxU1gR ^TA pic.twitter.com/Sxnz68yYQW