Some inmates are still being hit by restrictions imposed after prisoner Phillip John Smith went on the run to South America two years ago. 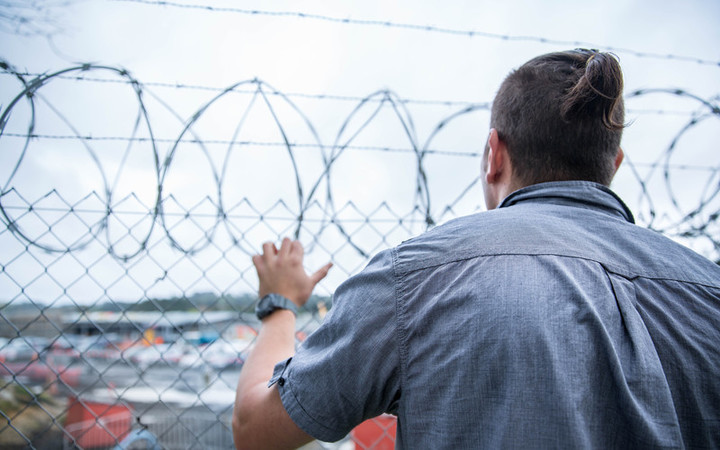 RNZs Insight programme got special access to visit Auckland's maximum security Paremoremo Prison. Reporter Teresa Cowie spoke to prisoners who said they still could not get work experience outside the wire because of the actions of one man.

They said the ban, relaxed at other prisons, affected their chances of getting parole.

Before Smith went on the run, 806 inmates could leave prison to go to work for the day. Now, 466 can.

Michael* has been inside for two and a half years. He makes espressos and runs orders through the till at the Pare Cafe, a Portacabin kitchen set up to serve the tradies building a new jail just over the prison fence.

When Michael is released, he wants to set up a coffee business with his new skills.

He said the parole board did not value work inside the prison.

He said the ban on the Release to Work programme for Paremoremo inmates held him and others back from meeting parole conditions and being ready for release.

"There is not reintegration whatsoever. We thought this was reintegration, but the parole board says it's not. So it's pretty hard for us to stay in here and then get released straight into the public without having that experience", he said.

The Parole Board said this was not the case. It considered work programmes, like this one, behind the wire as having the same value those where prisoners went into the community.

Labour Party Correction spokesperson Kelvin Davis said reintegration was important and should not be done away from the community.

"This is a really positive thing," he said.

"They shouldn't be so risk averse that one persons actions spoil it for everyone else".

Judith Collins: "People are not in prison because they didn't pay a parking fine." Photo: RNZ / Alexander Robertson

Corrections figures show that in the past five years, one person has escaped during a temporary release from prison.

The director of offender employment and rehabilitation for the Department of Corrections, Stephen Cunningham, said he wanted more people back in the Release to Work programme.

"It is an important programme and the public need confidence around that. So, yes, we are slowly building that up. Our aim is to do more, and we will do that, but obviously we want to do that in a safe, deliberate and meaningful way."

Corrections Minister Judith Collins said it was up to prisoners to progress their rehabilitation and behave well enough to get on the scheme.

"They can blame Phillip John Smith as much as they like, but release to work is a privilege and we have to be very aware that the public safety comes first.

"People are not in prison because they didn't pay a parking fine."

Hear more about attempts to reduce re-offending using work rehabilitation on Insight this Sunday after the 8am news.