The winners of last night's record-breaking $44 million Lotto prize have claimed their prize. 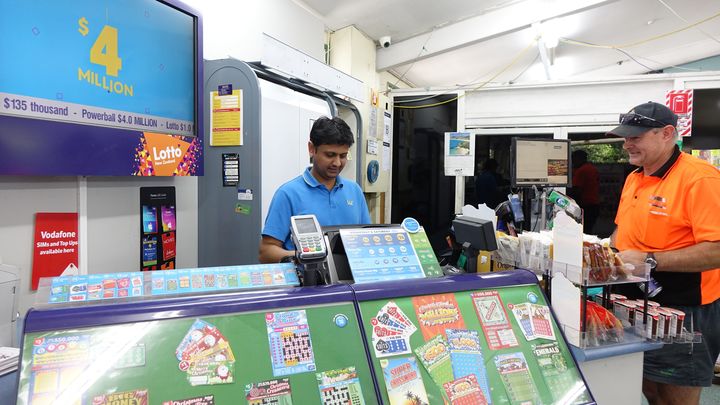 In a statement, the winner said he realised he had the right numbers while he was on a smoko break at work.

He said he jumped in his car and headed to a nearby Lotto store to check.

The man's wife said she could not believe it when her husband told her that they had won.

The Hibiscus Coast couple, who had a young family, had been trying to buy their first home.

The winning ticket was sold at the Dairy Flat Foodmart and Liquor Store, north of Auckland. 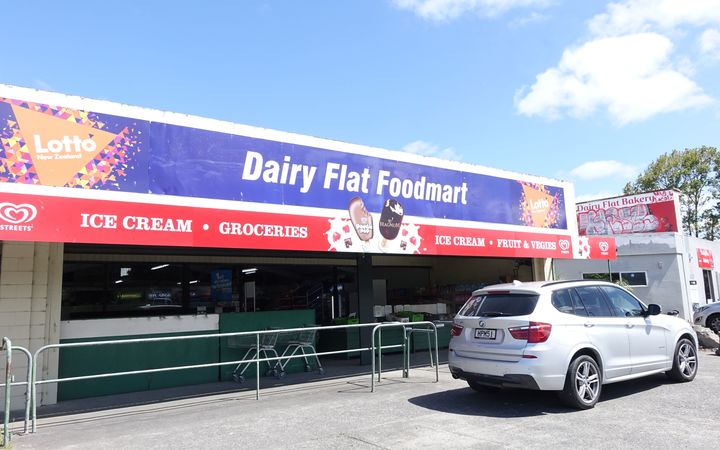 The Dairy Flat Foodmarket in Auckland: The Powerball jackpot winners presented their ticket this morning at another of owner Nishchal Pandya's stores on the Whangaparoa Peninsula. Photo: Sarah Robson/RNZ

More than 2.3 million tickets sold for last night's draw, which was the largest jackpot ever offered in New Zealand.

The chance of winning had been estimated to be the same as being struck by lightning - twice.

The man's wife said at first she thought her husband was joking about the win.

"My head started spinning, my heart was racing and I got the shakes."

The couple claimed their prize at Lotto's head office on Thursday afternoon.

"We've been busting our guts trying to buy our first home," the winner said.

"We just went to the mortgage broker earlier this week to see what they could do to help. But they just couldn't make anything work for us.

"We were absolutely gutted and I just said 'maybe that ship has sailed'.

"But my wife tried to stay positive and said 'don't worry, something good will happen for us'.

"I don't think either of us thought that the something good would be $44 million."

"We're definitely going to have a couple drinks tonight to celebrate," the winner said.

The $44m will land in their bank account overnight.

"We want to be really smart about how we manage this money, so we're going to take our time. We just can't believe how lucky we are," the woman said.

"All we know at the moment is that we're going to give the kids a really great Christmas this year."

The couple will continue working and would prefer to remain anonymous.

Auckland University statistician Russell Millar said earlier there was a 1.38m chance of getting the winning numbers across one line.

Fourteen other Lotto players each took a $67,000 share of Lotto First Division.