A spokesperson for some of the Pike River families plans on writing to the Prime Minister as he believes part of the mine is safe to enter. 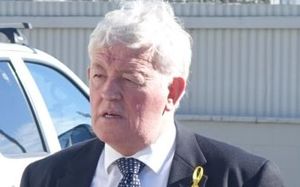 Two years ago the mine's owner, Solid Energy, decided it was too risky to enter and it should be permanently sealed from the outside.

But the family spokesperson, Bernie Monk, said as a result of the work being done to seal the mine he had discovered the gas levels were safe enough to allow the mine's shaft to be entered.

That stretch of the mine should be looked at for evidence, he said.

"There's a lot of information in that drift, that'll give us information of one - what happened down there - and there is a possibility of 400 metres of that drift that no one's ever explored, we don't know if there's body there or anything like that.

"So this is what we want answers to."