A Wellington man left a parliamentary committee today in the middle of a submission by a Wellington GP opposed to medically assisted dying. 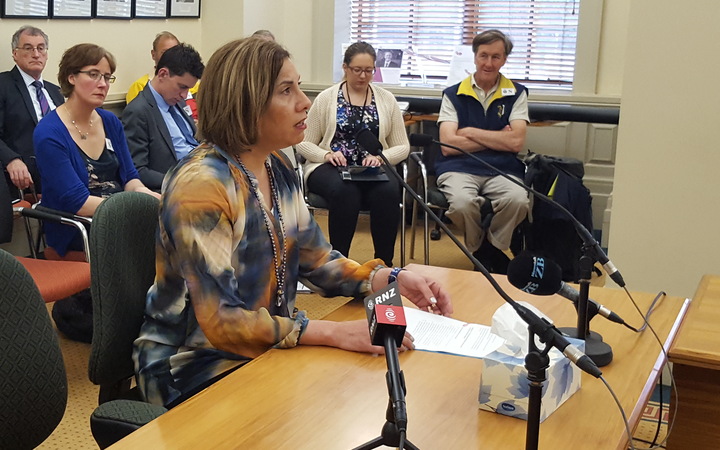 Hugh Barnes, from Waikanae, north of Wellington, was one of 1800 people who have told the Health Select Committee they want to present their submission on the hotly debated topic of voluntary euthanasia in person.

He told MPs today that around the time he and his wife of more than 50 years, Val, retired, she developed mobility problems and was told she had secondary progressive multiple sclerosis.

"We had several dark years seeing it worsen and our house filled with wheel-chairs, ramps, rails, special beds and hoists. It was very hard for us to continue to enjoy life with Val's serious disabilities and the realisation it would only worsen."

Mr Barnes said Val was now in hospital and his main purpose in life was to make her life bearable.

"We know a time may come when life for Val may also become intolerable and pointless.

"The biggest dread we live with at the moment is what Val may experience in the final stages of her life with us having no contact or say over it. We know doctors do all they can to help but we have nevertheless seen, we see every day, people's ongoing pointless suffering."

He had a plea for the committee: "Surely it is only humane to be able to use modern techniques to prevent anybody suffering dreadfully and unnecessarily towards the end of their life. Please help us."

Next up was Mary English, who has been a GP for 25 years and is also the wife of Deputy Prime Minister Bill English. She told MPs she worked closely with many Pacific people, and on a committee seeking to prevent suicide.

She referred to medically assisted dying by the acronym MAD and said she was opposed on several grounds, including that New Zealand had the world's highest rate of suicide among those aged 15 to 24.

"I don't think I would be alone in regarding it as both inconsistent and cynical public policy to regard suicide, or MAD, as okay for sick, elderly or terminally ill people, but bad for young and distressed people."

Dr English said such a law change would also be unsafe for disabled people.

"I think this would be really unsafe, for they would know that at the heart of MAD legislation is the idea that some lives are not worth living, lives a lot like theirs."

Mr Barnes left the committee room during Dr English's submission - the only person to do so - while she continued.

The issue of medically assisted dying would be "incredibly divisive", Dr English said. 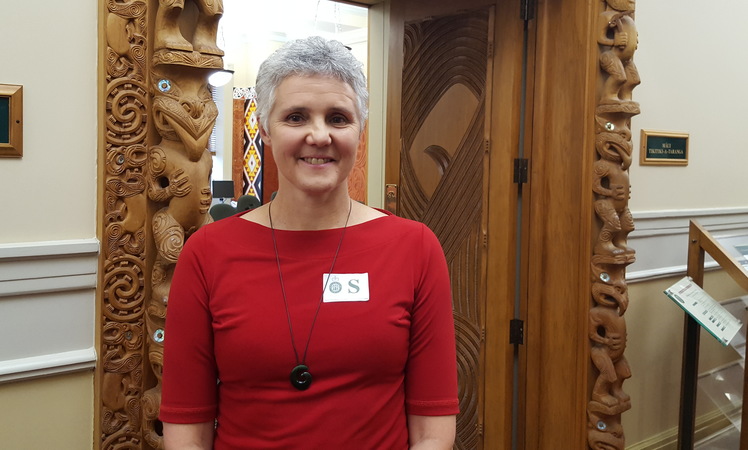 Olympic runner Anne Hare described the death two years ago of her father-in-law, Rene Hare, a prolific newspaper letter writer as R O Hare and a social campaigner who had become riddled with cancer.

She said he wanted to die.

"My father-in-law made it many times. He said if he was a horse he would have been shot."

She said he wanted to starve himself and would have wanted family there at the end. But that proved impossible at 5am one day when it was hard for his wife, who'd been up late, to get there, with other family members.

"So he died with a doctor and a nurse, which breaks my heart."

Another submitter, Rabbi Isaac Mizrahi from the Wellington Jewish Community Centre, said he was opposed to a law change, partly because of the scope for further changes.

"In Nazi Germany they eliminated so many people because they deemed their lives not worth living. And that's a very chilling idea and certainly the sentiments here are not at all the same, but I'm concerned that it will escalate to the point where our own viewpoint is skewed."

The health committee also heard from two Dutch submitters who urged MPs to give New Zealanders choice over the issue, and said safeguards put in place in the Netherlands, where assisted dying is legal, were working.

In an unusual move, the committee broke into three sub-committees, each composed of several committee members, to make progress in hearing from everyone who has asked to be heard in person.

A further 21,000 people have made written submissions on the topic. A similar approach has been taken recently at hearings in Auckland and Christchurch.