The international Paris Agreement to combat climate change comes into force today but the United Nations warns an urgent further 25 percent cut off predicted emissions by 2030 will be needed. 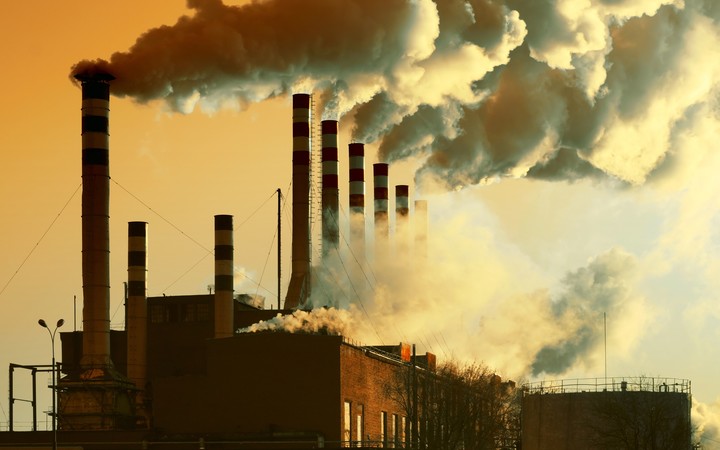 It's been almost a year since 195 nations formally agreed to aim at keeping the average rise in the global temperatures to well below 2°C.

New Zealand, which ratified the deal last month, has committed to a target of reducing emissions to 30 percent below 2005 levels by 2030.

However, the UN Environment Report released today said even with the current Paris pledges, the world was still heading for a temperature rise between 2.9° and 3.4° this century.

Emissions by 2030 are expected to reach 54 to 56 gigatonnes of carbon dioxide equivalent, which the report said was far above the 42 gigatonne maximum needed to limit warming to 2° this century.

It said a gigatonne was roughly equivalent to the emissions generated by transport in the European Union, including aviation, over a year.

Last year was the hottest since modern record keeping began, and with the trend continuing, the UN said this reinforced the need for urgent action.

It said scientists agreed that limiting global warming to below 2° this century would reduce the likelihood of more-intense storms, longer droughts, sea-level rise and other severe climate impacts.

Even hitting a lower target of 1.5 would only reduce, rather than eliminate, impacts.

Climate Change Minister Paula Bennett, who took over the portfolio just after the Paris Agreement got over the line, said getting an international agreement on that scale was momentous.

New Zealand has committed to a target of reducing emissions to 30 percent below 2005 levels by 2030, which has led to criticism from some who believe it is not ambitious enough.

Ministry for the Environment climate change director Kay Harrison told a conference last month the cost for New Zealand to meet it its obligations would be $72 billion, or nearly 30 percent of New Zealand's annual GDP.

Victoria University climate scientist James Renwick said the agreement coming into force was the biggest ever step forward in terms of international agreements on emissions reductions.

He said while agricultural emissions was a big focus in New Zealand, more could be done to tackle the transport and energy sectors - which could advance New Zealand's emissions reductions much faster than the government was planning on.

"On the international scale we're in the bottom half of achievers, I'd say, in terms of what we're promising to do. We could be doing a lot better."

Generation Zero policy spokesperson Paul Young said no one had been expecting it to come into force so soon, which was a good sign of global momentum, but New Zealand was behind the tide in that momentum.

Mr Young said the essence of the Paris Agreement was countries getting on a pathway to zero net greenhouse gas emissions in the second half of the century.

"New Zealand's a long way off that, it's all about our domestic policy response really and we've got a lot of ground to catch up on there."

Mr Young said he would like to see a strengthening in the price of carbon, enforcing efficiency regulations for vehicles, and incentivising more renewable energy - and not just for electricity.

Countries will meet in Morocco next month to discuss the Paris Agreement's implementation.