Northland women have been waiting too long for treatment for gynaecological cancers, a new report has found. 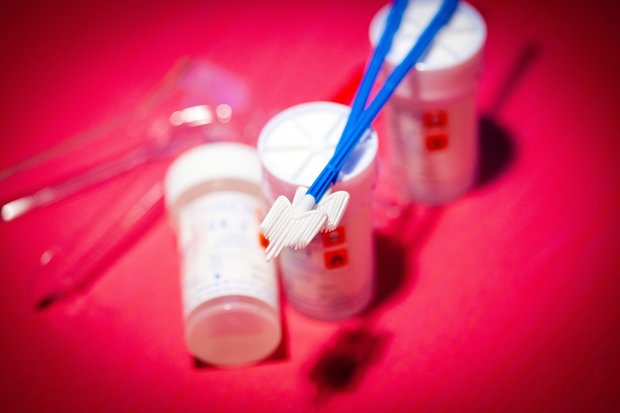 The audit found Northland women have been waiting on average 97 days for their first treatment. Photo: GARO / Phanie

A clinical audit carried out in the year to June 2015 found that only 39 percent of Northland women with gynaecological cancers were having their first treatment within 62 days of referral by their GP.

That time frame is the standard set by the Ministry of Health's Faster Cancer Treatment programme.

That figure was pushed up by the case of one woman who waited 14 months for treatment after her histology report was lost and her diagnosis was delayed.

But even with the outlier removed, the audit found Northland women have been waiting on average 97 days for their first treatment.

In Auckland the average wait time is 79 days.

The chief executive of the Cancer Society for Northland and Auckland, John Loof, said the audit findings were not unexpected.

"It highlights something we've known for a long time.

There are inequities and disparities between the health outcomes of rural New Zealanders and those in the urban centres. This report bears that out," he said.

Changes made since report's findings

Since the audit was completed, there have been systemic changes made at Whangarei and Auckland hospitals to manage gynaecological cancer cases.

Whangarei Hospital clinical head of obstetrics and gynaecology Ian Page said the main cause of delay had been the availability of theatre time needed for surgical biopsies.

"The biggest bottleneck that we can see from this study is in getting tissue samples for diagnosis," he said.

"It usually means people have to go to the operating theatre and have an anaesthetic and have the procedure done there. That's the bit that's quite difficult to fit in, given that lots of other people in Northland also want surgery for other conditions."

Dr Page said Whangarei Hospital had changed the way it draws up surgical lists to reserve theatre time for biopsies that might crop up.

If none eventuate, it keeps a list of elective surgery patients who can come in at short notice.

"So that rather than delaying the cancer investigation, because we've pre-booked somebody, we're leaving spaces until the last minute. And then if there isn't a potential cancer to investigate, then we call in a routine surgical case for the list."

Dr Page said the new regime was working, with Auckland hospital also tuning up its systems since the new time targets were set.

He said a number of Northland women with cervical, ovarian and uterine cancers were treated in Auckland, and co-ordination between the DHBs was crucial to meeting cancer treatment targets.

Auckland clinicians now had regular sessions with Whangarei staff to plan what needed doing and where it should be done, Dr Page said.

"They now have weekly meetings which are video conferenced in, so one of our consultants always joins in, along with our cancer nurse for gynaecology, so we've got a tightly linked process there and that is working well. "

The Federation of Women's Health Council said at first glance the audit of the Northland DHB's cancer services for women was alarming.

But the council's co-convenor Barbara Robson said there was an upside.

"From the Federation perspective, you have to be pleased the audit has been done, and it's been published," she said.

"People around the country now have an opportunity to read it and reflect on it in terms of their own services. That's a positive, even though the findings are concerning."

Ms Robson said the audit may have implications for other provincial DHB's who refer gynaecological cancer patients to tertiary hospitals in the main centres.

Dr Page said the Northland audit would be repeated in about a year to measure the effect of the changes.