A former soldier who was refused financial help with his post-traumatic stress disorder (PTSD) has won a landmark court case. 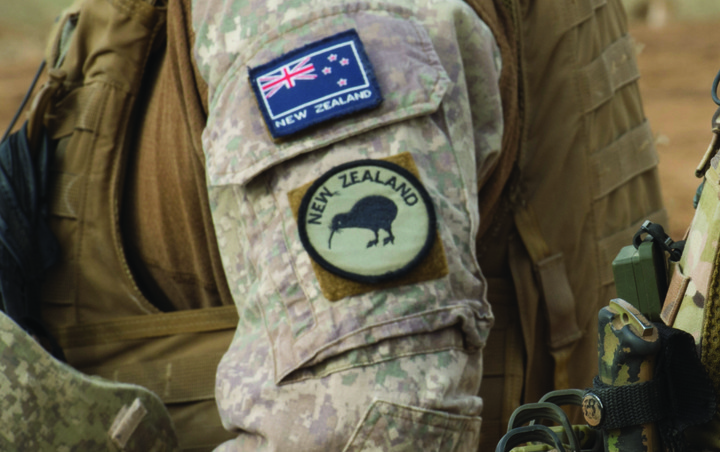 The soldier's legal team said his Afghanistan tour in 2009 had the most significant impact on him. Photo: NZDF

His lawyer said the newly-released decision by the District Court in Wellington means the Accident Compensation Corporation (ACC) will have to provide cover to more sufferers of the disorder.

The 56-year-old man, whose name is suppressed, endured several traumatic incidents while on a tour of duty in Afghanistan in 2009.

He witnessed several fatal rocket attacks and watched as a helicopter carrying 16 people exploded and crashed.

He told the court his life was full of other traumas, including a suspected broken neck in a car accident about 16 years ago, finding a hanged suicide victim while working as a police officer in New Zealand and helping a stabbing victim who had been disembowelled.

He also said his daughter had her face badly injured in a dog attack in 2006.

He was unable to continue his work as a police officer in 2014 due to not being able to sleep, anxiety and depression. At night, loud noises would remind him of the rocket attacks.

While in Afghanistan, the court heard he had only been able to sleep two to three hours a night due to stress.

He was diagnosed with PTSD, but ACC declined his application for cover.

"We regret to advise you that your claim has been declined as it does not meet the criteria of work-related mental injury [as the law] states the injury must be caused by a single event," he was told.

A further review also rejected his appeal for cover.

He took the case to the district court, arguing while the law states a single sudden event must be the cause of a workplace injury, "Parliament could not have intended to exclude cover where a person was subject to a number of traumatic events".

His legal team said the man's Afghanistan tour in 2009 had had the most significant impact on him.

The court ruled in his favour and said people who developed the disorder "for a work-related gradual process" could claim for cover, despite the wording of the law.

It ruled the man was entitled to cover and compensation.

ACC said it would not appeal.

Royal New Zealand Returned and Services' Association (RSA) support services manager Mark Compain said the ruling was a watershed and made clear what the legislation intended.

The judgement reflected a "sensible and benevolent" interpretation of the law, he said.

"I think the intent of that law was quite clear in terms of helping those who have been injured in the service of their county.

"The corporation would be able to interpret injury in a "clinically more appropriate, up-to-date manner rather than letting the letter of the law place someone in a position which is quite unacceptable with no cover when they're clearly diagnosed with suffering."

Case will set a precedent - lawyer

One of the man's lawyers, John Miller, said the case would serve as a precedent.

"That's why ACC fought it so much, because presumably they're worried it will be used in the future," he said.

He said ACC had been "stingy".

"Post-traumatic stress disorder claims have always been difficult to win because the law makes it so... if he had had his leg blown off it would have been easy to win," he said.

"It's frankly an embarrassing argument to make and I wonder sometimes how people who argue these points and deprive people compensation can sleep at night.

"If you step back and look at the purpose of the law it's clear this is a horrific event that happened at his workplace and would cause many people to suffer the same problems... it's a myopic and narrow point-of-view and I'm glad the court has taken the attitude it did."

During the hearing, several past cases involving people suffering from post-traumatic stress disorder as a cumulative effect were mentioned.

One involved a woman suffering from the disorder after working with bodies as an embalmer. She was also declined cover because she could not prove her mental injury was caused by a single event.