The cost of owning a vehicle, along with tougher standards needed to pass the test, has been blamed by some.

Anna Smith, 23, does not drive even though she owns a car. She said much of it was because of a lack of confidence. 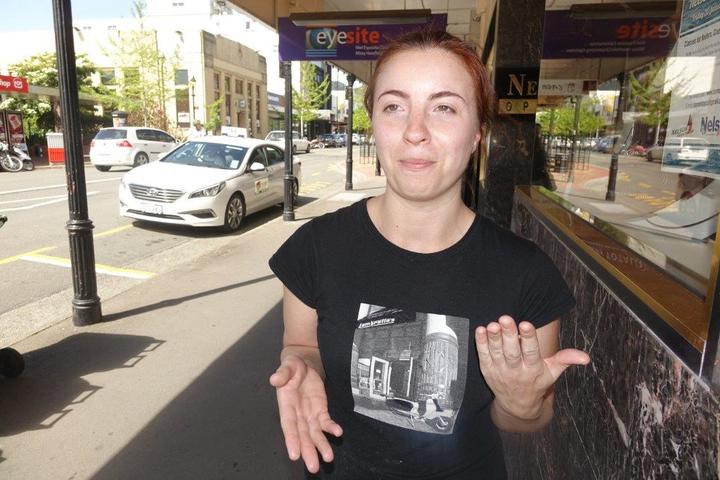 "I'm trying to learn with getting more confidence in driving but I choose just to walk everywhere."

She said her partner drove the car when they headed out of town.

Dove Raybould, 22, also owns a car but lives close to her job and said she did not drive because there was no need.

"I had my learner's licence for a while but it expired. I was then living in Australia and the public transport was quite good so I didn't need a licence," she said. 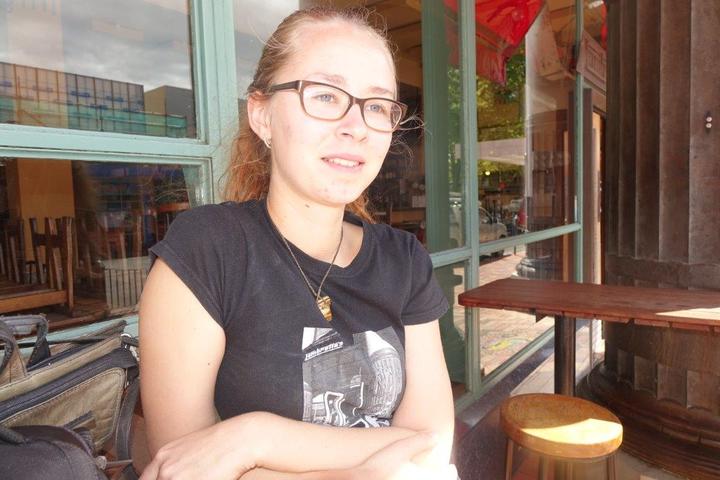 Dove Raybould has a car, but doesn't use it. Photo: RNZ / Tracy Neal

New Zealand Transport Agency figures showed there were now fewer teens on the road than those aged over 75.

They also showed there were now fewer teens on the road than those aged over 75.

There were more aged between 40 and 55 with a driver's licence than any other age group.

Wellington public servant Anthony Frith said owning a car was needs-based. The 37-year-old has only just got his full licence, and said he had not needed one until now.

"It's become much more convenient to have a car now I've got a young family, but having said that I still prefer to walk and take the bus whenever I can.

"I walk to work every day if the weather allows, and if it doesn't, I take the bus."

Mr Frith said online shopping had made it easier for those without cars. It was something his family had considered, but there were barriers.

"We live at the top of a hill with about 20 flights of stairs so that would be pretty cruel for whoever had to deliver the groceries.

"Shopping is also a good excuse to get out of the house and go for a coffee."

Transportblog editor Matt Lowrie has been exploring the trend in declining numbers of younger people getting a driver licence, which he said was "global".

Ministry of Transport figures showed the number of licences issued each year had been increasing until 2010, before dropping back to levels of more than a decade ago.

Mr Lowrie said the trend was partly because of changes in the minimum driving age, but other things were behind it.

"Baby boomers - when they were young that was the key to relationships and getting around. Now a lot of that is done online - you don't need a car in many cases so it's changing the behaviour, how we communicate and what we value."

He said tougher testing was putting many young people off driving altogether.

Christchurch driving instructor Patrick Fergusson was seeing fewer under-25s wanting to learn to drive, but there was another shift happening.

He said he was seeing more mature people wanting to learn to drive, usually migrants from countries where public transport was good and they had not needed to drive.

Mr Lowrie said car ownership was becoming a bigger cost to society for the amount of space they took to park, store and drive.

He said another emerging trend overseas was the inclusion of car pooling facilities in apartment complex developments, and driverless cars and trucks were also set to change the future landscape.