A firefighter is in hospital after a mission to rescue a cat up a tree went wrong.

The fireman was called to help retrieve the cat, named Morty, from a tree at a property in the Porirua suburb of Papakowhai about 8.30am today. 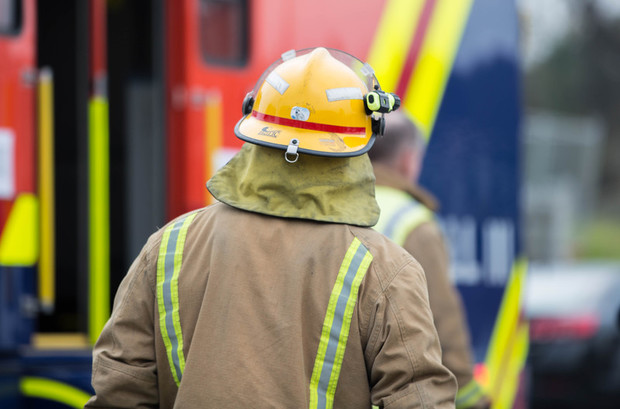 The firefighter fell some distance after the cat decided it didn't want to be rescued, the Porirua senior station officer said. Photo: RNZ / Claire Eastham-Farrelly

He used rope to help him climb up the tree, which was on steep, muddy terrain.

Porirua senior station Officer Owen Woodman said the firefighter fell some distance after the cat decided it didn't want to be rescued.

"The cat was a reasonable distance up the tree, the firefighter concerned had climbed the tree.

"But the cat unfortunately took exception [to] the firefighter rescuing him from the tree and lashed out and, I believe, made contact with the firefighter's face on a couple of occasions," he said.

"Unfortunately it was at that point that the tree, the firefighter and the cat parted company."

Mr Woodman said the man was flown to Wellington Hospital where he was being assessed by paramedics.

He said the man's injuries were not believed to be life threatening.

The cat was uninjured and fled the scene, he said.

"His owner was a bit distressed this had happened to the firefighter, so I think Morty will get a good telling off when he goes home."