A five-week-old kitten nicknamed "Honda" is safely back with its mother in Australia after a 25km adventure stuck inside a car engine. 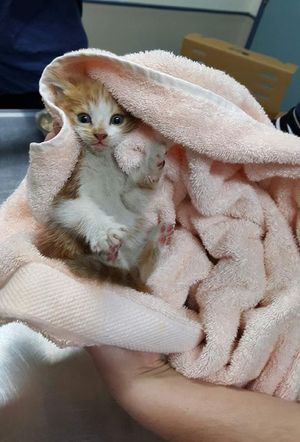 The stray kitten apparently climbed into the front area of the car before the owner drove to work from Deer Park to Parkville in Melbourne with the unexpected passenger in tow.

Twelve hours later when the woman started the drive home, she heard meowing coming from the engine and drove to the Lort Smith Animal Hospital in North Melbourne.

A crew from the Melbourne Metropolitan Fire Brigade (MFB) was called in to rescue the kitten from behind the front grille.

Leading firefighter Sam Jennens said it rated as one of his most unusual call-outs.

"The call came through the cat was stuck behind the radiator, but when we got there we didn't even know whether it was still in there or not because we couldn't hear it anymore," he said.

"The car owner did all the right things and it was lucky the car was parked at the animal hospital because they had a team around the car ready with a box and towels, ready to grab the cat in case it tried to run away."

Armed with torches, a toolbox and wearing gloves, Mr Jennens along with fellow firefighters Phil Edwards and Jim Challis worked for more than an hour to located and free the kitten. 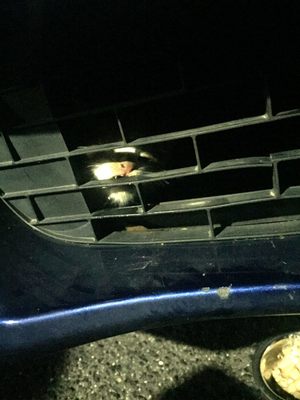 He said the feline stowaway was not pleased about being rescued, "we came out with a few bites and scratches".

"I'm surprised she survived the trip.

"I'd say this cat has used up one of its nine lives, that's for sure.

"This sort of call-out shows every day is different for a firefighter."

A Lort Smith spokesperson said Honda suffered some minor burns but was otherwise in good shape and has now been reunited with its mother.

"Despite having travelled from Deer Park to Parkville stuck in the engine of the car and then spending another eight or nine hours in the car… Honda was in surprisingly good condition," the hospital said in a statement.

"He sustained minor burns to the back paw pads which were treated and pain relief was provided.

"He was also very hungry and enjoyed a big bowl of food before being released." 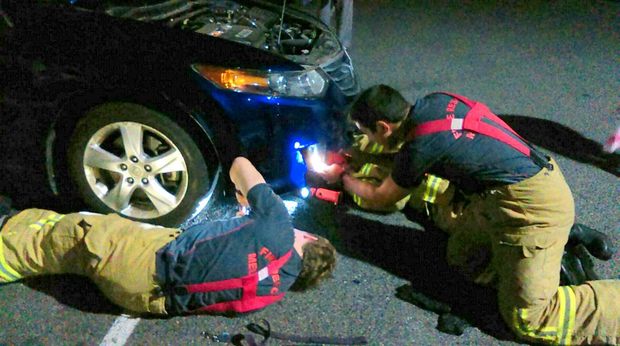