Auckland's mayor has welcomed the new integrated train and bus station that opened today in the city's south - but a lobby group says more trains are needed to meet demand. 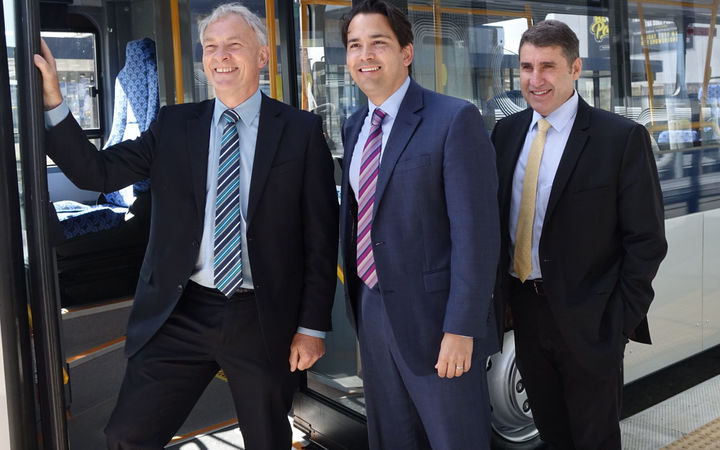 Bus services from main routes all over South Auckland will bring thousands of passengers to the combined road and rail station.

The Public Transport Users Association says the Otahuhu hub will be a game changer, but it is concerned there will not be enough trains to satisfy demand.

It said Auckland Transport should reinstate the diesel units which are in storage pending the delivery of new trains.

Auckland Transport chief executive Lester Levy said there would be teething issues with the new bus timetables, which start tomorrow.

But he said restoring diesel on the electric network would be a backwards step.

Mr Levy said the agency would assess how the train and bus services work together and make changes as needed.

Way of the future

Auckland's mayor says integrated transport hubs where bus and train services are combined is the way forward for the city.

Patronage at Otahutu station increased 9 percent in the past year with nearly 120 thousand people boarding trains there in the year to August.

The hub and a new public transport network for South Auckland will see more buses on main routes linking to the train station.

Mr Goff said public transport has to be quick, convenient and reliable to make it attractive for people to use.

"To have a modern station like this that integrates both bus links and the rail links, that looks spectacularly good, that will uplift this whole area, that will encourage intensification of housing around it - this is the way we've got to go for the future."