Fears some Auckland libraries will close have prompted the council to give staff a list of answers to fend off tough questions from the public. 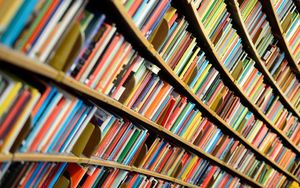 The council is considering restructuring its libraries but has yet to say what changes might be made.

An information sheet handed to library staff lists answers to potential questions from the public about closures or job losses.

The sheet reminds staff to check the person's identity and if they are a reporter to refer them to the council's media team.

It states that the scope of the restructure does not include closing any libraries, but then goes on to say any closures are political decisions for councillors.

Libraries general manager Mirla Edmundson said they gave the sheet to staff because they were aware people would ask plenty of questions.

"We knew that as soon as this got into the media staff would be asked questions so we wanted to support them with the information they need.

"People love their libraries and we know they will worry for the staff, but this is not about a slash and burn exercise," Ms Edmundson said.

She said the project aimed to make sure the libraries were "fit for purpose going into the future".

"The way customers are using our material is changing, the use of electronic information is going up fast whereas our book issues are going down slowly.

"We need to make sure we have enough staff that are in the right places and make sure we are not focusing too much on printed books when the future is going online," she said.

The council has 55 libraries with an annual budget of $65 million, but there are no indications of how much would be saved by any changes.

Consultation is expected to start soon, with a decision made in December to be implemented from February next year.

As the Fit for the Future initiatives become public, the project team recommends staff have to hand some notes as support in case they field questions. Remember to check the identity of the person - any media enquiries must go through Auckland Council media team as per the existing media policy.

Q. I've heard that libraries' jobs are being cut. What's that about?

A. Libraries are responding to changing business; growing in some areas, declining in others so we need to transform to match customer demand. There might be new roles in some activities, and fewer roles in other areas - we don't know yet. We are ratepayer funded and have a responsibility to ensure we are as efficient as possible. This could mean we need fewer people.

Q. What number of jobs are being talked about?

A. We don't know that yet. We're still looking at how we can design our services to be both efficient and where our customers need them to be.

A. Last year we responded to the Council's long-term plan requirement to distribute the available funded opening hours more evenly across the region to provide a fair minimum level of service for all local board areas. This required a small number of staff to change their hours of work.

Q. Will my library close?

A. The Fit for the Future scope does not include the closure of any libraries. Any changes to opening hours or library closures are political decisions and would be made by Council's elected members.