A computer belonging to a man accused of fatally stabbing his neighbour in the street shows his annoyance turned to a fixation in the months leading up to the killing, the Crown says. 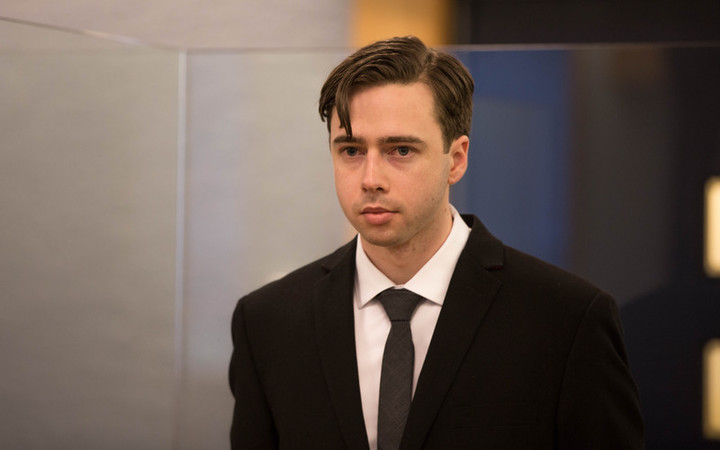 The Crown says he stabbed both men in anger in a matter of seconds, but Mr La Mont's lawyers say he was acting in self-defence when he was confronted by the two men at the end of a cul-de-sac in Mt Albert.

Detective Andrew Smith trawled through Dustin La Mont's computer after it was seized in a police search of his home.

It showed Mr La Mont checked the registrations of cars parked outside his neighbour's home more than 100 times, frequently complained on social media about loud parties and checked the Facebook pages of one of his neighbours more than 70 times.

The 26-year-old photographed and videoed his neighbours, as well as making numerous complaints to police, the council and his property manager about noisy parties and straying dogs.

The Crown said he planned to get the gang members and associates evicted.

Detective Andrew Smith said the laptop contained several videos that appear to have been filmed through trees from Mr La Mont's home. They show a man punching a boxing bag.

"Dustin said for the most part the tenants weren't bad but referred to them as 'obnoxious'. He said there was a constant stream of visitors, domestic violence and loud cars. He said on occasions they throw rubbish over the fence."

There was a similar complaint made to the police by Mr La Mont's property manager. 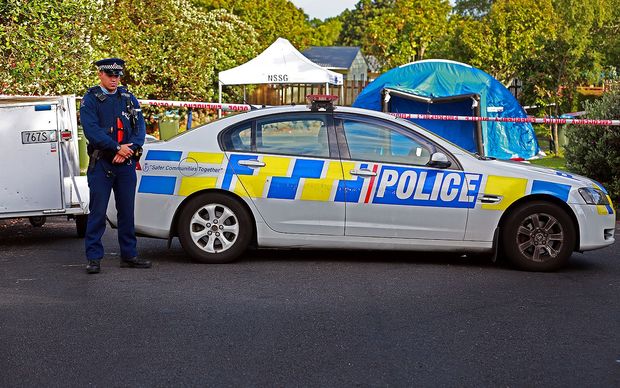 Police at the scene of the fatal stabbing on Renton Road in December 2015. Photo: RNZ / Diego Opatowski

Mr Smith also read out some of Mr La Mont's posts on Twitter.

"Good to know the neighbours are traumatised by their upcoming eviction. Today they are having a raucous barbecue. Anyone want to call noise control regarding the neighbours for me so I don't get telephone anxiety?"

In another post Mr La Mont regretted Parliament revoking the provocation defence to murder, saying he had been provoked to go on a murderous rampage.

As well as the computer, police also seized Mr La Mont's phone. That revealed text messages Mr La Mont sent to his girlfriend on the day after the killing. They were read out in court by Crown prosecutor Melissa Hammer.

"So, the defendant texted the girlfriend and said: 'last night seems so surreal still, hope you're having a good day, Chicken. I love you'."

He also told her how he was feeling after a two hour interview with police.

The Crown says after the killing, Mr La Mont shaved off his beard, dismantled the knife he used and bleached his clothing clean.

The next morning he dumped the items on his way to a local cafe where he worked as a kitchen hand.