The latest revelations of bobby-calf abuse are not a true picture of the whole dairy sector, the Minister for Primary Industries Nathan Guy says. 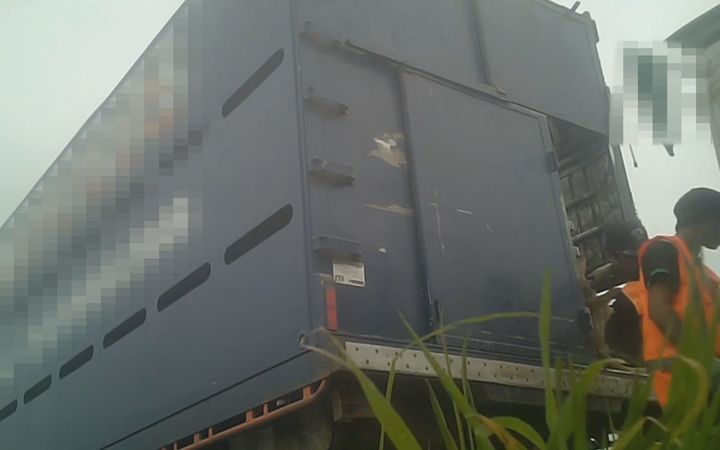 Hidden-camera footage released by the activist group Farmwatch shows calves being dragged by their legs and thrown onto the back of trucks on nine Taranaki and Waikato farms.

The group released footage of similar treatment of calves last year, which resulted in a public outcry and new industry guidelines.

Mr Guy told Morning Report he was disappointed by the footage, but only a few "laggards" were to blame for such mistreatment.

"We've provided more funding through MPI for animal welfare, we've got some hard-hitting regulations in place, we've got infringement notices, we're going to be dealing to the aspect of loading ramps and shelter next year," Mr Guys said.

New regulations would be introduced that made it illegal to throw calves onto the back of trucks, and would instead require loading ramps to be used, he said.

"So we're addressing this issue, and it is unfortunate when we do get footage like this where I believe it is deliberate animal abuse of a calf being dragged through a paddock by its hind leg."

"I'm disappointed by that."

However, the dairy industry had come a long way in the past 12 months, Mr Guy said.

He said MPI would investigate the footage.

She told Morning Report animal cruelty was defined as torture and the video showed rough handling not torture.

"We need to get rid of rough handling ... it is not okay to mistreat any young animal, Professor Rowarth said.

"On very small proportion of farms there are some rough people who enjoy dealing with animals as quickly as they can."

MPI and the minister had been doing a lot of work to bring farmers into line, and the trucking industry would be the next target, she said.

Federated Farmers said most of the video footage did not show cruelty, and the video illustrated common farming practices.

"Apart from the example of that guy dragging the calf ... which is not good practice whatsoever, if you look at each individual thing, those other footages from the farmers, I didn't see an issue with them," Federated Farmers dairy section chair Andrew Hoggard said.

The video also showed calves being thrown into a truck, which Mr Hoggard said should not be blamed on farmers.

"It's outside of farmers control how the truck drivers handle the stock."

It was best practice to put a calf into a high truck-door rump first to stop its legs from getting caught and prevent it from falling back out and hurting itself.

Mr Hoggard said new loading ramp regulation would be helpful by making it easier to get stock into trucks.