An Air Force helicopter has rescued a 29-year-old Dutch tramper stranded by heavy snow on Mount Taranaki since Thursday. 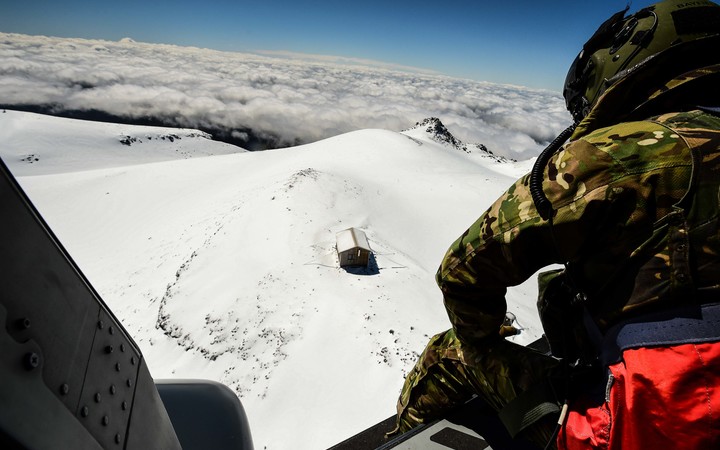 A crew member looks down at Syme Hut, where the tramper spent two cold nights before being rescued. Photo: Supplied / RNZAF

The NH90 helicopter battled strong winds and thick cloud to rescue the tramper this morning.

Flight Lieutenant Chris Ross said the helicopter was able to land on the second attempt.

He said the tramper was cold and hungry but otherwise fine.

"He was certainly chuffed to see us and he was able to walk to the aircraft on his own. We gave him a blanket and lollies and turned on the heater as soon as he got on board."

The man had climbed the mountain on Thursday but was unable to return because of poor weather, including heavy snow.

He spent two nights at Syme Hut about 2000m up the mountain.

Police did not have search and rescue helicopters available in the area so called for assistance, Mr Ross said.

"The tracks are covered in ice and heavy snow, so there was no way he could have got out of there on his own." 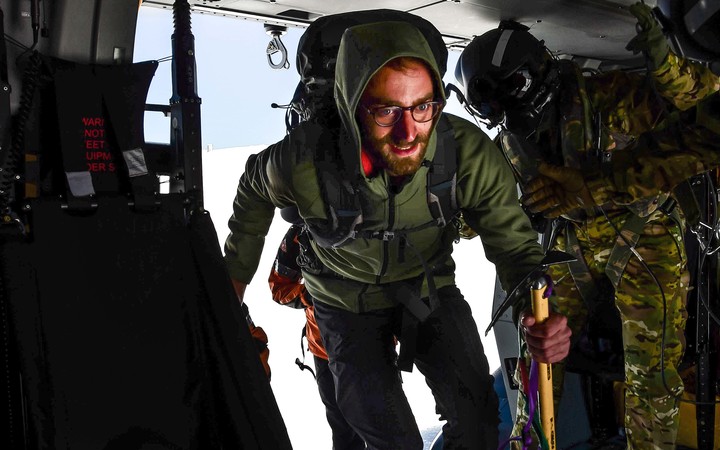 The tramper is helped on board the NH90 helicopter. Photo: Supplied / RNZAF 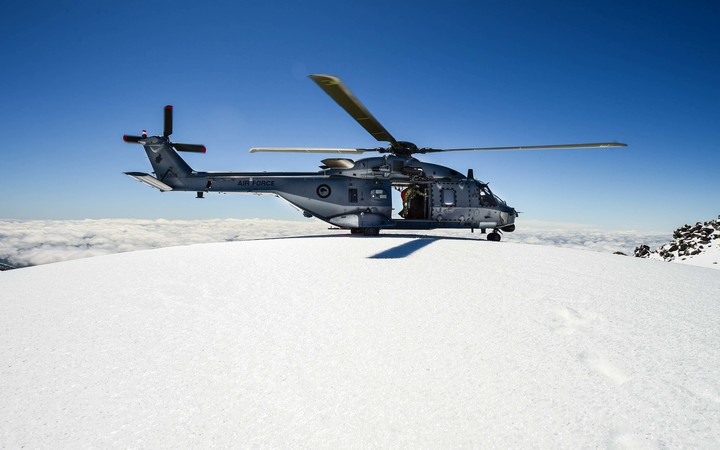 The helicopter was able to land on the second attempt. Photo: Supplied / RNZAF