The Medical Council will follow up claims of threats against junior doctors who were considering whether to strike, as they return to work today after a 48 hours of industrial action. 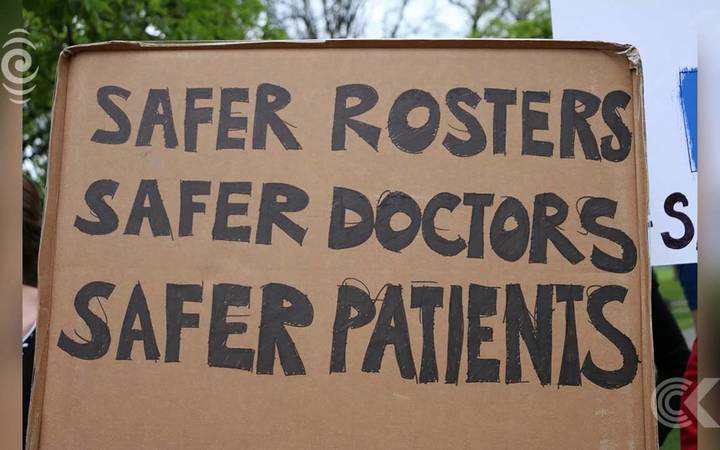 Junior doctors are back at work at public hospitals today, following the strike action.

Sam Holford, a junior doctor with the Waitemata District Health Board, said he knew of doctors at his DHB who received threats of career retribution if they took part in the strike.

The council - which warned against any such behaviour earlier this month - said it had received no formal complaints, but chairman Andrew Connolly said he would raise the matter with the DHB's chief medical officer (CMO), Andrew Brant.

Mr Connolly said details would be needed in order to weigh any complaint.

Dr Brant said that the DHB supported the right of any worker to participate in industrial action and did not condone any attempt to prevent people from striking.

He said he had reminded all senior doctors today that it would be inappropriate to discuss industrial matters with junior doctors.

Training time could be lost - doctor

Meanwhile, a junior doctor who did not go on strike this week said valuable training time would be lost under proposed roster changes.

Masterton doctor Dulia Daly - who was not part of the union and worked during the strike - said the proposed roster change, involving four days off after 10 continuous days at work, would reduce training opportunities for many junior doctors.

"It's a real privilege to get taught by these specialist, and it's not something that I think many surgical registrars would want to give up."