Senior doctors are accusing district health boards of poisoning already strained relationship in hospitals by offering to pay them less than they did in 2008 to cover a forthcoming junior doctors' strike. 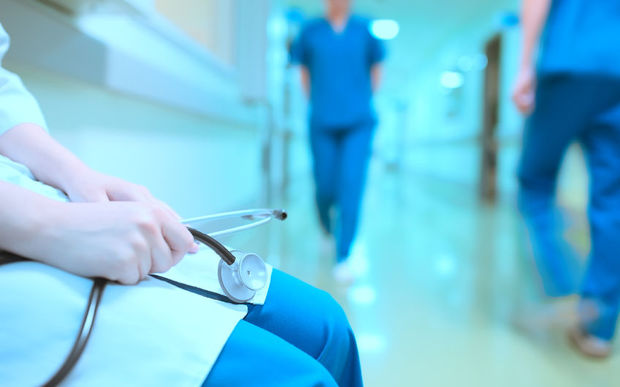 Junior doctors are to strike for 48 hours at all public hospitals from 7am on Tuesday in a dispute over roster hours they claim are unsafe.

Senior doctors who cover for junior doctors during such strikes are paid at rates agreed in talks with district health boards (DHBs).

He said DHBs wanted to pay less than they did during the last junior doctor strike in 2008, and doctors were seeking a 13 percent increase to cover the effects of inflation.

But individual boards are offering rates that either match 2008, or up to a third below that, he said.

"Although chief executives' salaries have increased by a considerable amount over the last eight years, they are saying to senior doctors 'we want to keep your remuneration for the additional work that this strike is going to require you to do at that same 2008 level."

"But what this will do, it will help poison an already strained relationship between - in a number of DHBs - senior doctors, other health professionals, and their management leadership of the district health board," he said.

Lakes DHB chief executive and DHBs spokesman Ron Dunham said they were offering between $180 and $500 for the cover.

He said there was no need for extra to take account of inflation, since the rates were agreed in 2008.

"This is a single rate that's struck. There's already within the agreement with the senior doctors a rate when junior staff aren't available. This is an exceptional rate."

DHBs say they want to improve rosters for junior doctors but are not prepared to pay doctors for days they did not work.

The employment relations group chair for the DHBs, Julie Patterson, said they were disappointed that the strike would go ahead.

She said all DHBs were committed to correcting the health and safety issues raised by junior doctors, but it had to be fair and reasonable.

Reducing 12 consecutive day shifts to a maximum of 10 with four days off in a fortnight was a stumbling block for DHBs, she said.

"We want to get those stints shortened as soon as possible, but DHBs are not prepared to pay for the days off that will result from fixing those rosters."