Police are treating the death of a man who was dropped off in a critical condition at the Whangarei St John Ambulance station as a homicide. 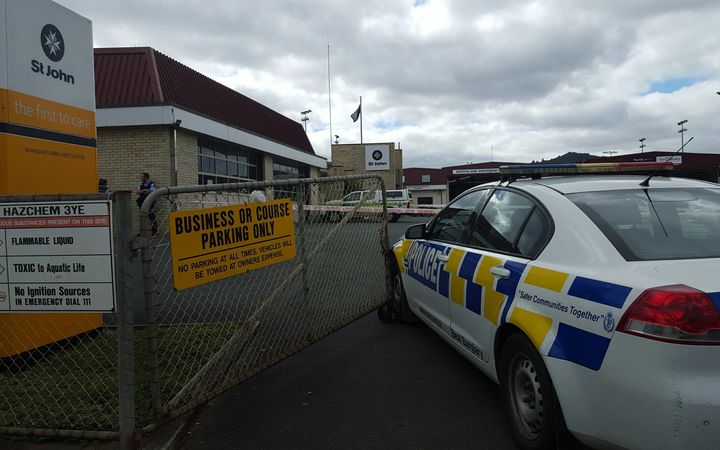 Police have cordoned off an area at St John's base in Whangarei. Photo: RNZ / Lois Williams

The 37-year-old man was dropped off at the ambulance base about 6am and died shortly afterwards.

Detective Inspector Kevin Burke said police were interested in two addresses in connection with the death - one in central Whangarei and one north of the city.

Police from Auckland were now doing scene examinations at both sites and at the ambulance station on Western Hills Drive.

"We are asking any members of the public who may have witnessed a group of men gathered in the Whangarei or Kamo areas in the early hours of this morning to contact Whangarei Police," said Detective Inspector Burke.

Police would not be releasing the name of the man until he'd been formally identified, Mr Burke said. 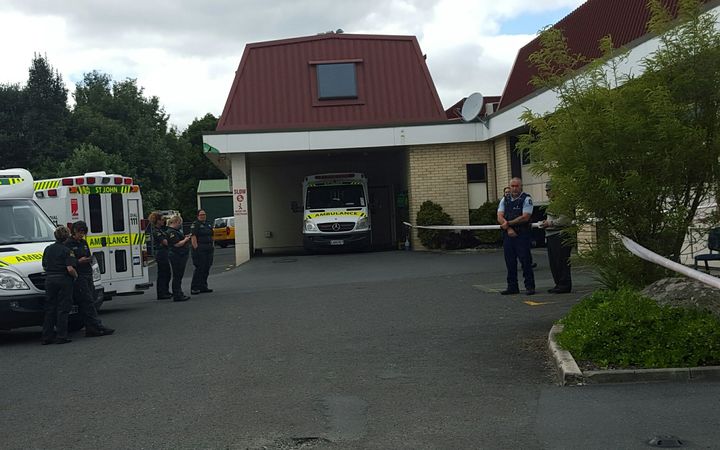 St John's manager Tony Devaney said ambulance services were operating out of the back entrance to the building, while the front remained cordoned off.

The homicide inquiry is the second to be launched in Whangarei this month.

Police are still looking for the person who fatally shot a 25-year-old-man, Moses Mahanga, in a car in the suburb of Otangarei, two weeks ago today.

Whangarei mayor Sheryl Mai says it was alarming that the city had seen two homicides in two weeks.

Ms Mai said the police had assured her there was no risk to the public.

She said her heart went out to the family of the 37-year-old victim.