Waikato University said its aim was to head off a rural doctor shortage and the school, which is backed by the Waikato District Health Board, would be a boon to health care in the Central North Island.

The new school in Hamilton would be open to anybody with an undergraduate degree from any university, in any subject - with the first intake of 60 students planned for 2020.

As part of the course students would receive further training in up to 15 clinics across the central North Island.

However, Otago University said a new player would be an inconvenience to the existing schools of medicine. 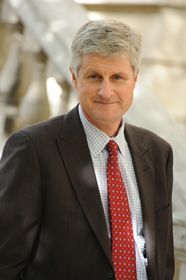 "It would certainly be disruptive to introduce another 240 brand new medical students into that relatively small area.

"It would definitely cause some stress and difficulties for both Otago ... but also, I think, even more so for Auckland."

Waikato University vice-chancellor Neil Quigley said there was no doubt that Auckland and Otago would find it inconvenient.

"Our proposal is to invest in the creation of facilities that would provide clinical placements, and so our pitch to the government has been that they should support us in creating additional clinical placement opportunities."

Professor Quigley would not say how much the school would cost but there would have to be significant initial investment from the government.