A second company says it wants to build a five-star hotel in Dunedin, just two weeks after a developer announced similar plans.

The Scenic Hotel Group said it planned to open the 120-room hotel in 2018.

Two weeks ago, another developer unveiled its plans for what would be Dunedin's first five-star hotel.

The proposal was for an 18-storey complex on the Filleul Street council-owned carpark, behind the Town Hall and convention centre.

Dunedin City Council is spending $50,000 on geotechnical reports for the carpark, and has given the developer three months to confirm it will buy the land.

However, Scenic Hotel Group owner Lani Hagaman said people should be cautious about the size of the Dunedin market.

"It's definitely a smaller market - there is not the need for two five star hotels in Dunedin, so it will take a while for that to sort of pick up."

An earlier attempt to build a luxury hotel in Dunedin fell flat two years ago, when resource consent for a 27-storey glass waterfront building was declined amid strong public opposition. 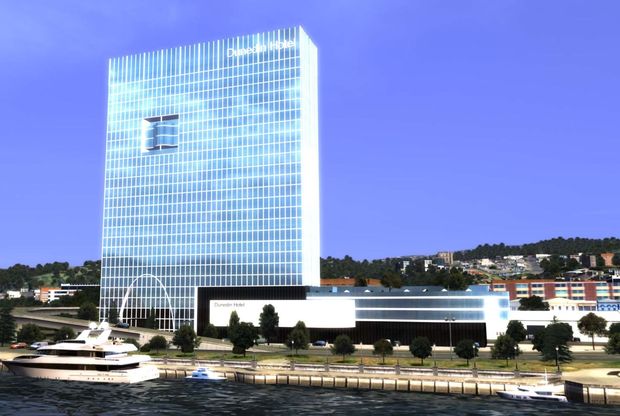