The mayor-elect of Horowhenua will not be sworn in at the Horowhenua District Council building - because he refuses to enter it. 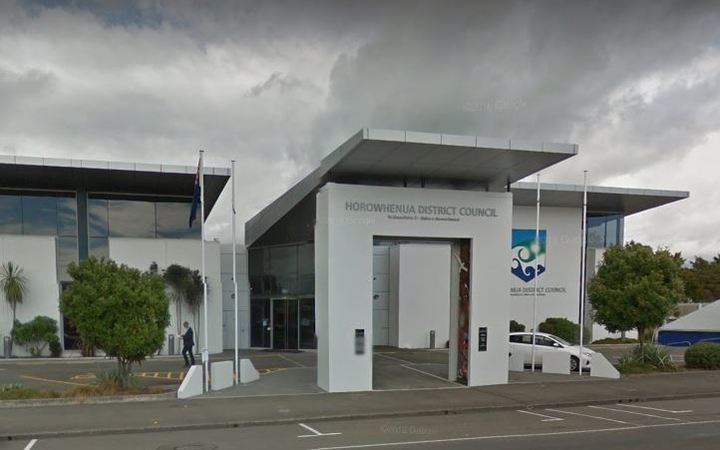 Horowhenua's new mayor, Michael Feyen, is refusing to enter the council building because of his concerns about its structural integrity. Photo: Google Maps / Screenshot

Michael Feyen said he and another councillor, Ross Campbell, had grave reservations about the building's structural integrity and have been fighting to have it assessed by a structural engineer for more than a year.

He had previously had disputes with the ex-mayor and the council's chief executive over the matter, which led to his security access being cancelled last year.

Now that he was mayor-elect, Mr Feyen said having the building assessed is his first port-of-call.

"This will be bigger than the leaky homes thing by far, once everything starts coming out.

"Our major concern is the people that work in that building - if you go down into that basement and see the cracks that we saw, and that it's actually dropped four-and-a-half inches [11cm] on the south-eastern corner, well, it needs looking at."

Mr Feyen said he wanted the building to be assessed by an independent, on-site engineer.

But council chief executive David Clapperton said the building had been assessed twice in the past two years, and both reports indicated it was safe.

The most recent, an independent review carried out this year, confirmed the building's structural integrity.