There were tears of relief as passengers on an Air New Zealand flight that struck turbulence on Sunday landed in Auckland last night. 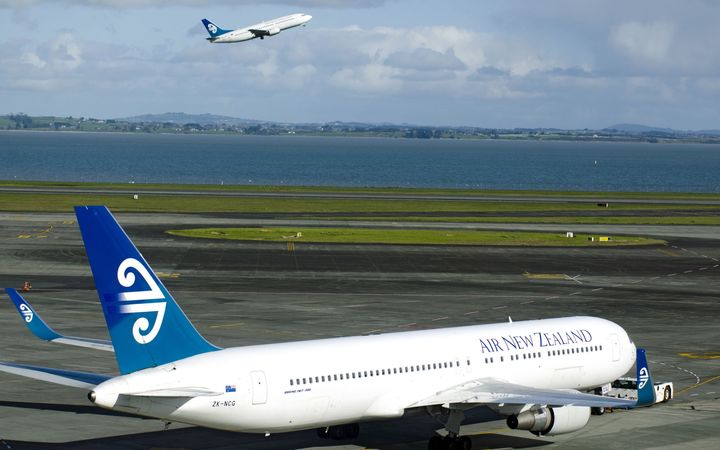 Three cabin crew and a passenger were injured when the plane dropped suddenly, 40 minutes after leaving Vitenam's Ho Chi Minh City for Auckland.

The plane - dubbed the flight from hell, by one passenger yesterday - turned back and four people were assessed and treated by medical staff.

When the plane touched down in Auckland last night some passengers were still clearly stressed - one woman, holding on to her two young children, said the experience was horrific before breaking down in tears.

Another passenger Matt Buckley was on his way home from a holiday with his girlfriend when the plane hit the rough patch.

"They pretty much told us to put our seatbelts on and it was only like 10 seconds after that the plane dropped and I don't think the crew had time to put their seatbelts on.

"Air New Zealand handled the whole thing really well ... and they got us to a hotel pretty quickly," Mr Buckley said.

He said the ordeal has taught him to always wear his seatbelt when seated.

"The plane only fell for a few seconds but I was packing myself getting back onto the plane today.

"Not a lot was said until the pilot went and had a look at the crew and the doctor suggested that we go to the nearest hospital which was back in Ho Chi Minh so that's what happened," Ms Allen said.

Fellow passenger Pat Conrad said she saw one of the cabin crew get caught out.

"It was turbulence then there was a big thud - the air hostess next to us went up in the air - she went up pretty high - later on we heard from people in the back of the plane where it was far worse."

She said when the plane landed back in Vietnam a medical team came on board and took off the injured crew.

"It was scary getting back on a plane today and we had more turbulence for about the first hour but after that it was ok."