The net economic benefits to the country from Wellington's proposed runway extension could be overstated by nearly $800 million, newly-released council reports show. 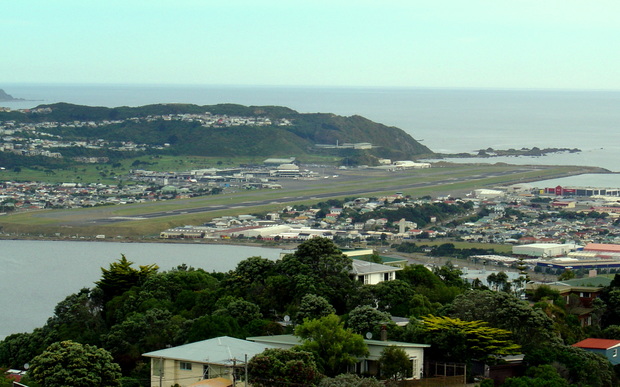 Council reports show the runway extension proposal did not account for potential cost blow-outs and underestimated the costs associated with increased tourism, such as building new hotels. Photo: Supplied

Wellington Regional Council and Wellington City Council have released their officers' reports on the proposed 350-metre runway extension, highlighting various gaps in the airport's resource consent application, including information about the runway's structural integrity after an earthquake.

In its assessment of the economic case for the extension, the councils' expert witness Gregory Akehurst said the benefits could be $770m lower than the $2.3 billion the airport company had estimated.

The airport did not appear to account for any project blow-out costs, overestimated the value of travel time for leisure travellers, and underestimated the costs associated with tourism such as building new hotels, Mr Akehurst said.

However, the figures were still positive, he said.

"If the proposed runway extension proceeds, the result would be a strong economic wellbeing lift for New Zealand."

He reiterated that the figures were based on passenger estimates, which submitters such as the Board of Airline Representatives New Zealand believe are overly optimistic.

The reports also showed further work was needed to prove the runway's structural integrity during an earthquake; get community approval to install acoustic insulation and re-house some people; and find an alternative route for construction vehicles.

Wellington City Council also wanted a Moa Point natural character mitigation and restoration plan to take effect after the runway had been extended.

None of those appear to be the deal-breaker that opponents of the extension were hoping for.

Council officers said if the concerns were addressed, resource consent could be granted as long as contruction was limited to four years and the airport have a detailed maintenance plan.

The airport welcomed the reports and said it was open to making further changes to the proposal.

"We will also work to address, where appropriate, the report's suggestion that there are some information gaps," it said.

The resource consent application will be heard at the Environment Court.