This morning's big earthquake off the coast off the East Cape coast is an aftershock of the 7.1 quake that hit a month ago, a GNS seismologist says. 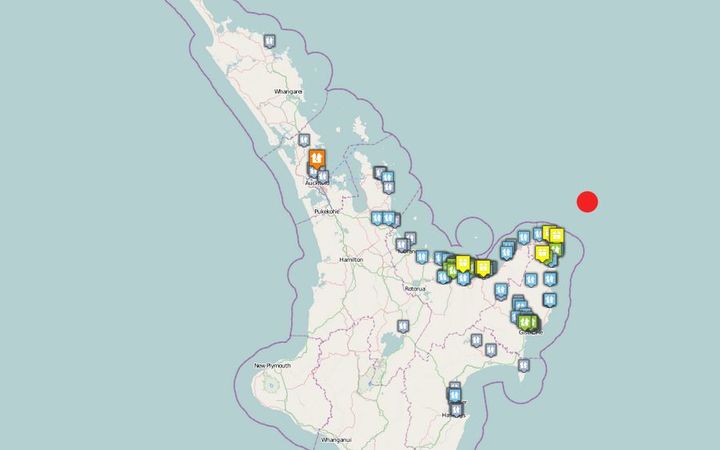 The quake was centred 75km out to sea off Te Araroa Photo: GeoNet

The quake, rated 'severe' by GeoNet, was widely felt along the North Island's east coast and as far north as Kerikeri, with a scattering of reports in the South Island as well.

Shaky Sunday! The East Cape quake has been reviewed to M5.8 and the M4.5 in Seddon after, was a ghost quake. #eqnz

The area was hit by a 7.1-magnitude quake on 2 September, with dozens of aftershocks, sparking a tsunami warning, evacuations from coastal areas and school closures.

"We've had some magnitude 6 aftershocks in the same day and following days after [the September] quake and now we're starting to see aftershock activity still ongoing and that's entirely expected," she said.

"This aftershock was offshore, right in that region, and it forms part of the typical kind of behaviour we might expect." Aftershocks would continue but become less and less frequent.

Tairawhiti civil defence manager Louise Bennett said said today's shake wasn't as severe as the September earthquake and area co-ordinators thought damage was unlikely, but were checking for any reports.

"And therefore they [area co-ordinators] felt that there wasn't the need to evacuate."