Sir Ngatata Love should have been dealt with by his own people, rather than going through the courts, a Te Atiawa kaumatua has said after Love was jailed. 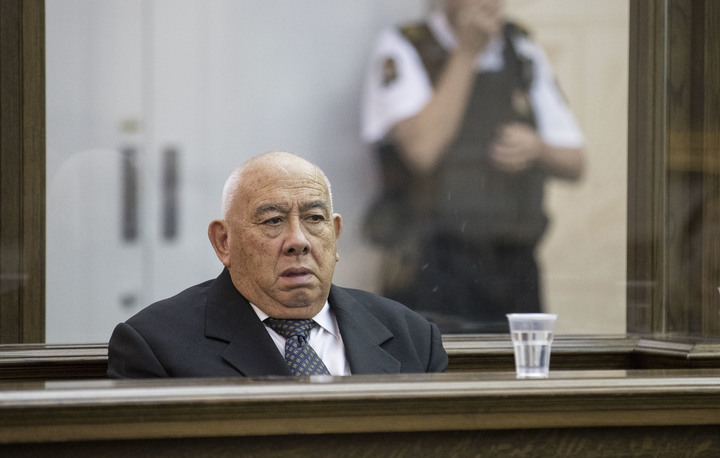 Sir Ngatata Love during his trail in the High Court in Wellington Photo: RNZ / Aaron Smale

The 79-year-old former chairman of the Wellington Tenths Trust was sentenced to two years and six months in prison in the High Court in Wellington on Friday, after being found guilty of a charge of obtaining property by deception.

Love was accused of selling his influence in his capacity as the iwi organisation's chair and trustee to a group working on a property development in the capital.

The developers paid $1.5 million into a company run by his partner, Lorraine Skiffington, and most of the money was used to pay down a mortgage on the couple's home. 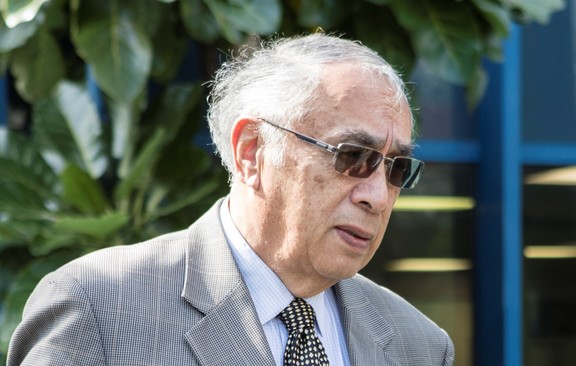 Justice Lang told Love his actions had fractured relations among the trust's beneficiaries, some of whom hadn't understood what was happening until name suppression was lifted at the start of the trial.

"No doubt they proceeded on the basis of rumour, innuendo and speculation. It is only now that they have clarity as to what exactly has occurred," he said.

"So those are significant losses or detriments if you like that the victim of your offending has suffered."

Justice Lang said the offending was a gross breach of trust.

Speaking outside court after the sentencing, Te Atiawa kaumatua Darcy Nicholas said the people who were affected should have had more say in the process.

"I think the people who were supposed to have lost out on this should have had a say in it. That's the way we handle those sort of things within our own people.

"His contribution has been over 40 years and this issue should really have been taken to the people first before the trustees took it to the police."

The Port Nicholson Block Settlement Trust is a sister entity of the Wellington Tenths Trust.

Port Nicholson Block Settlement Trust chair Neville Baker had said, before the sentence was given, that Love's offending had damaged the trust's credibility and reputation and caused significant delays in obtaining social and economic opportunities for iwi members.

He also said suppression orders over the last three years had caused divided loyalties among trust members unaware of the full facts of the case.

The Serious Fraud Office's investigation had damaged existing and prospective business relationships with the trust, he said.

Since the charges were laid, the trust had been unable to engage with the whole-of-government accord negotiated as part of Taranaki Whānui ki Te Upoko o Te Ika's treaty settlement, he said.

"After three years of political exclusion we were only recently able to re-engage with the Prime Minister on our whole-of-government accord. The accord, negotiated as part of our treaty settlement, allows us to advance the social goals of Taranaki Whānui.

"We lost three years of good faith with the Crown and officials that we now need to re-build."

By deceiving his iwi, Love had abused his influential position within the Māori community, a Serious Fraud Office spokesperson said.

Love's case was a reminder that the law applied to all people regardless of their status within the community, it said.

The Tenths Trust co-ordinated the settlement of Treaty of Waitangi claims in Wellington.

The Port Nicholson Block Settlement Trust is a governance entity and was established once the claim had been agreed, in line with the settlement legislation. 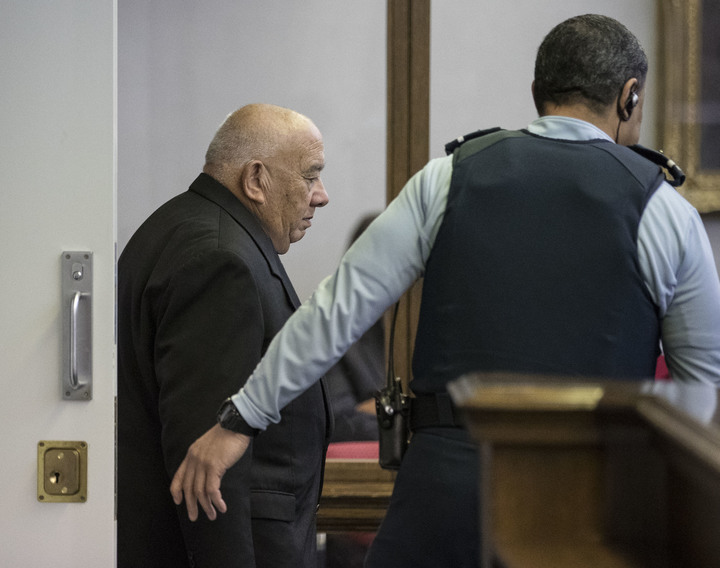 Sir Ngatata Love is escorted by a guard during his trial in the High Court in Wellington on 6 October 2016. Photo: RNZ / Aaron Smale