Māori leader Sir Ngatata Love, who has been jailed for two years and six months on a fraud charge, intends to appeal, his lawyer says. 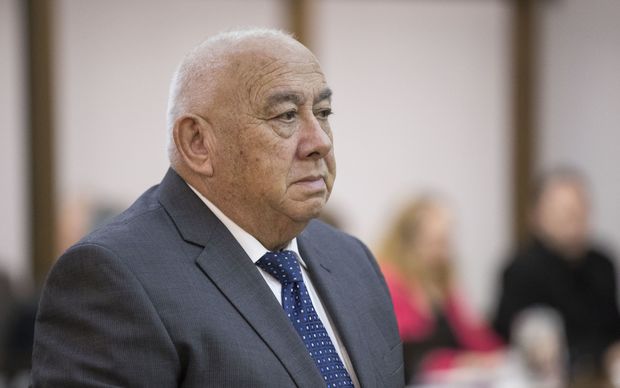 The former chairman of iwi organisation Wellington Tenths Trust was sentenced this afternoon in the High Court in Wellington, after being found guilty of a charge of obtaining property by deception.

The 79-year-old was expected to appeal against his conviction and sentence in November.

Defence lawyer Colin Carruthers QC sought bail for his client, pending the hearing in the Court of Appeal, but the judge refused.

The Crown accused Love of selling his influence in his capacity as chairman and trustee of the iwi organisation to a group working on a property development in Pipitea Street in Wellington.

It said the developers paid $1.5 million into a company run by Love's partner Lorraine Skiffington and that most of the money was used to pay down a mortgage on the couple's home.

Love denied the charge, saying Ms Skiffington was paying the mortgage on the home and he merely met household expenses. 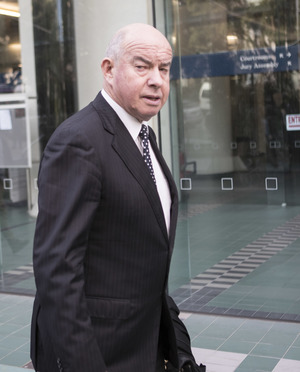 In his sentencing submissions yesterday, Mr Carruthers said a home detention sentence would be appropriate as his client had relied on advice from Ms Skiffington, which could reduce his personal culpability for the offending.

However the Crown said in order to denounce Love's behaviour and deter others from similar offending, a prison term must be imposed.

Justice Lang said Love's offending involved a gross breach of trust and took advantage of his position with the Tenths Trust to obtain for himself a very substantial sum of money.

The judge set a four year and nine month starting point for the sentence, but gave discounts for Love's impeccable record, his contribution to his people and his health issues.

A further discount had been sought, as part of the court having mercy.

Justice Lang said the court had the power to do that but, if it was misapplied, it could undermine the integrity of the sentencing process and the criminal justice system overall.

He refused to give such a discount, saying Love had shown no insight into the damage he had caused or remorse for what had occurred.

He told Love his actions had fractured relations among the trust's beneficiaries, some of whom hadn't understood what was happening until name suppression was lifted at the start of the trial.

"No doubt they proceeded on the basis of rumour, innuendo and speculation. It is only now that they have clarity as to what exactly has occurred," the judge said.

"So those are significant losses or detriments, if you like, that the victim of your offending has suffered."

Delivering his guilty verdict last month, the judge said Love created an environment in his dealings with the developers in which they believed he was acting with fellow trustees.

"Sir Ngatata acted as though the money paid to Ms Skiffington's company, Pipitea Street Developments Limited, would be used for the benefit of the Tenths Trust.

"But that was clearly not correct given what transpired."

Justice Lang said Love also made false statements to his fellow trustees, recording in a deficient manner the full extent of the developers' offer.

"He represented to his fellow trustees that information in material provided to them represented the full offer but that was not so. There was no reference to the $3m they'd offered to pay to lease the Pipitea Street land."

Justice Lang said given Love used the money received to pay his mortgage, he was also party to a dishonest stratagem.

Justice Lang said he had rejected elements of the defence case.

The defence had claimed that Love did not know about the formation of Pipitea Street Developments Ltd by Ms Skiffington and the channelling of funds through that company to bank accounts in the names of the couple's trusts.

Justice Lang said he found as a matter of fact that Love did know about those issues.

It will be up to Prime Minister John Key to decide if Love should be stripped of his knighthood.

His spokesperson said the prime minister would not make a decision or comment on the case until Love's appeal rights had expired.