Bullying of junior doctors who intend to strike is wrong, say district health boards (DHBs), and they vow to take action on any cases they hear about. 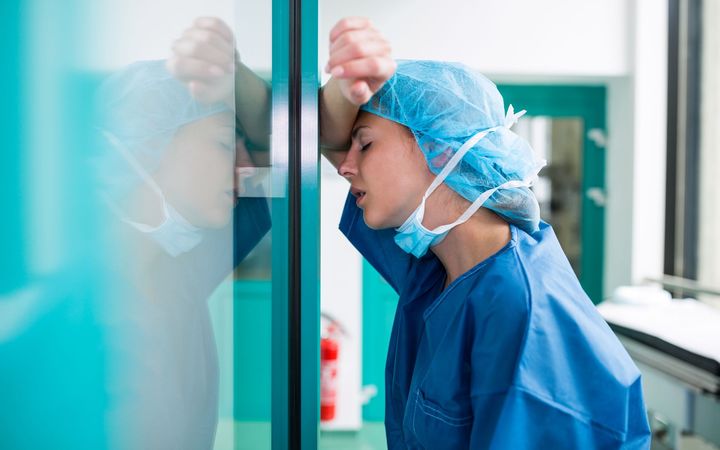 The Medical Council says junior doctors in several DHBs have been told their decision to strike will affect their career prospects.

Junior doctors - also known as resident medical officers (RMOs), are to strike for 48 hours from 18 October over rosters they claim are unsafe.

Council chair Andrew Connolly has written to all DHBs, saying while the council has not received any formal complaints, he has been told a growing number of junior doctors in several DHBs are concerned their decision to strike will affect their career progression.

"A number of our younger colleagues have said, 'look, this sort of comments going around in our department or in our hospital, you know I just feel a bit uncomfortable'. In the letter I pointed out one RMO had been told they wouldn't obtain full registration if they went on strike."

He added that such action - whether from a senior doctor or some other DHB staffer - could inflame the situation and be another form of bullying.

He urged all chief medical officers (CMOs) at the health boards to remind all colleagues to be cautious if discussing industrial matters, and to avoid any suggestion of adverse career effects if a doctor intended to strike.

"It's very inaccurate for a start, and frankly, it could be seen as bullying. It's just wise that other doctors who aren't members of the union or aren't involved in negotiations as part of the DHB or whatever just stay out of it, stick to our core business and let the two parties sort out their differences."

Ken Clark of MidCentral DHB, the chair of the national CMO group, said he had only heard of isolated cases, but it was unacceptable.

"It's unprofessional and totally inappropriate behaviour on the part of a senior doctor if they do indeed do this. There's just no place for it and we'll be doing everything we can to ensure that if any such instances are reported then they'll be acted upon."

Dr Clark said there were things the CMOs could do to support junior doctors in such situations, starting with making sure they are not disadvantaged.

"We have ways of doing that. Of course we can't control everything in terms of training programmes and other systems and so on, but we cam make significant statements, we can put things on records, we can write to colleges, we can act as a means of buffering these things."

He said DHB chief medical officers could also take action once such instances were notified or recorded. "We would talk to the senior medical officer - the senior doctor - and of course hear their perspective on it. But also make it very clear it's just not an acceptable form of behaviour. It's clearly - if it is occurring - a form of harassment and bullying."

Dr Clark said such comments could be made by senior management at a DHB, "but it would be truly extraordinary and I've personally never heard of such a thing".

He said the days leading up to industrial action were stressful in hospitals.

"And of course in times of stress people do things and say things that in retrospect they would not have or should not have, and I accept that. It is a stressful time for everyone concerned, particularly in terms of ensuring provision of safe services."

Ian Powell, of the senior doctors' union, said such threats were not common, and senior doctors overwhelmingly respected the right to strike.

The Resident Doctors' Association, which represents junior doctors, was unavailable to comment.