Documents from the Phillip John Smith inquiry reveal it was told numerous other criminals or suspects had fled the country despite border alerts. 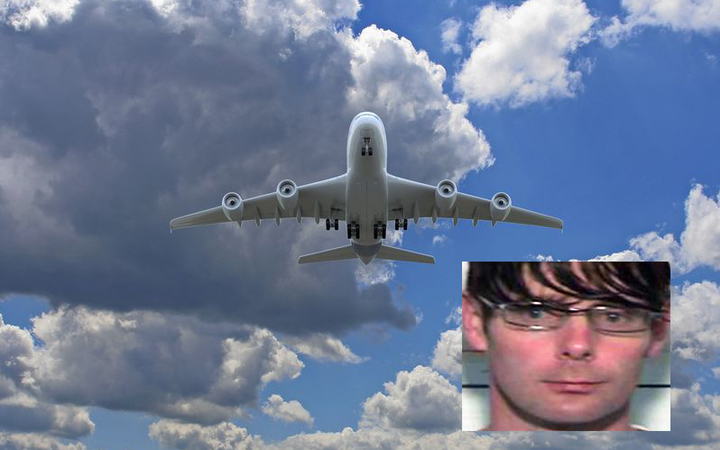 The revelation was made to the government's independent inquiry which looked into how the convicted murderer and child sex offender managed to leave the country while on temporary release from Spring Hill prison in the Waikato.

The transcript of Detective Inspector Cahill's evidence is one of 53 documents released to RNZ as part of a request under the Official Information Act.

Detective Inspector Cahill, who had run the drug squad for six years, said numerous people had escaped the country, despite alerts being placed against their names.

He said in the end it came down to the individual Customs officer.

That was backed up by a police report that was submitted to the inquiry.

Ashton Johnstone, a senior officer with Interpol, found there were half a dozen cases of people who had managed to leave the country but should not have been allowed. Some had formal border alerts registered against their names.

One offender, who got passport using a second name, cut off his electronic bracelet on the way to the airport. As a result, Customs now have more information about people who are being electronically monitored.

Another was able to get an emergency passport after claiming his passport had been stolen.

But there are also instances of the system working, such as the case of a South African man who murdered his estranged wife.

A border alert was placed on him so quickly that he was arrested before he could board his flight to South Africa.

Mr Johnstone told the inquiry that the system did work.

In Smith's case, however, he was able to apply for a passport under the name he was given at birth - Phillip John Traynor.

He flew out of the country on 6 November 2014 while on a temporary release from Spring Hill prison.

Two days later, Corrections contacted police to say Smith was not with his sponsors.

The case was then given priority the following day when police realised Smith had not returned to Spring Hill and he was overdue, and was further ramped up when they realised his history.

Smith was jailed for life in 1996 for murdering the father of a boy he had sexually assaulted, kidnapping and several other charges.

Police issued a border alert but it was done in the name of Smith - not Traynor. It also was not put through as an urgent request and only dealt with on Monday morning.

Among them, it said Corrections did not adequately assess or mitigate Smith's risk before approving him for temporary release, and the systems in place to monitor offenders while at large were not adequate to prevent them from leaving the country.

It also said the Department of Internal Affairs had no idea Smith was a serving prisoner when they issued him with a passport under the name Traynor.

The inquiry made 39 recommendations to the government.

Last month, a bill to tighten up the systems across a number of agencies and enable better information sharing, in the aftermath of Smith's escape, passed its first reading in parliament.

It will allow authorities to use a range of identity information, including biometrics like photos, fingerprints and facial recognition.

* Morning - Smith released from Spring Hill prison on a 74-hour temporary release. He was meant to be supervised by two sponsors.

* 1.30pm - Police sex offender monitoring team tried to check the address of one of the sponsor's, but had the wrong information.

* 4.15pm - Smith left New Zealand on a LAN Airlines flight to Santiago, with an onward ticket to Rio de Janeiro.

* By 7.30pm - Both sponsors listed on Smith's temporary release licence had informed staff at Spring Hill that Smith was not with them. First calls made to police.

* 9.30am - Smith did not return to Spring Hill as planned. His whereabouts over the previous days are unknown.

* 2pm - Police create border alert, but only under the name Smith. Are unaware of his birth name Traynor, despite it being in police records. Police do not make the alert urgent so when it goes to Interpol staff in Wellington it is not flagged immediately.

* Morning - Interpol staff member goes through alerts that have come in over the weekend, including the one for Smith. Within a few minutes, after checking the police system, he discovers the Traynor alias. From there, the staff member is able to check the Customs system to see whether he had left the country, which he had.

* 9.44am - Border alert deleted after it's realised he was already out of New Zealand.