A long-awaited official inquiry into the escape of the convicted murderer and sex offender Phillip John Smith has found a wide range of failings in several state agencies enabled him to leave the country. 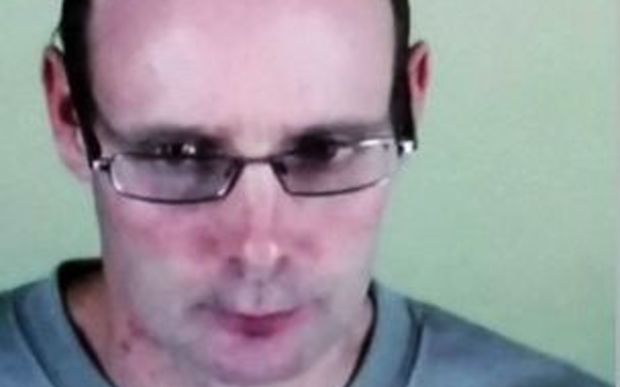 The report was commissioned after Smith fled to South America while on short-term release from Springhill Prison in Waikato.

He was serving a life sentence for murdering the father of a boy he had sexually assaulted, for kidnapping, and other charges.

The report looked at several departments, including Internal Affairs, over the issue of why a passport under his birth name did not trigger any red flags on the name he was convicted under.

The report made several recommendations which the government said it would take time to consider.

The report revealed that Smith had been put on temporary release at least twice before, once from Auckland Prison at Paremoremo and another time from Springhill Prison in Waikato.

It was during a later release from Springhill that he fled to South America.

The report found a number of shortcomings in the way that state agencies handled this case, notably with the Department of Corrections.

It said Smith's ability to acquire money by running a business with the permission of the prison authorities should have been better investigated and assessed.

It added that Smith should have been subject to higher levels of vigilance, saying experienced corrections officers expressed strong misgivings about Smith but these were not always shared or objectively assessed.

The report went on to say there were deficiencies in vetting temporary release sponsors to assess their suitability to take responsibility for Smith.

Critically, the report said the nominated sponsor for Smith was not contacted by prison staff before the day of the release to confirm that Smith would stay with him overnight, and if he had been, then the escape would have been thwarted before it even began.

The report, in fact, said the sponsor did not even know the temporary release was due to take place.

The report also discussed the Department of Internal Affairs.

It said Smith was able to obtain a New Zealand passport 16 months before he absconded to Brazil, and added that passport was legitimately issued to him in his birth name, Traynor.

Having obtained the passport, Smith was able to store it outside prison.

The report said no comprehensive systems were in place to ensure the department knew about citizens who were not allowed to leave New Zealand, because they were under control from the criminal justice system.

Therefore, the department was unaware that Smith's passport application had come from a serving prisoner.

It said the fact that the passport application stipulated the name "Traynor" rather than the name "Smith" had no relevance because Internal Affairs held no information about Smith's status as a prisoner under any name.

The report said that the New Zealand Customs Service depended on data from other agencies about whether it should block people from leaving New Zealand, but information about people like Smith was not routinely loaded into the alert system run by Customs.

The inquiry said there were many gaps in the way information was shared between state agencies and in many cases state agencies had grappled with this problem for years.

It said a step change was needed to address the risks comprehensively, in particular those that could lead to confusion about criminal identities.

The report said Smith's escape provided a timely example of the potential consequences of these gaps.

The report went on to say that liaison with the victims of Smith's offending was inadequate in this case.

It recommended better risk assessment and risk management by the Department of Corrections, and better dialogue with the Parole Board.

It also wants better communication by police, Department of Internal Affairs and Immigration New Zealand on records regarding birth, citizenship and passports.

It said police should be required to establish an official identity for all people charged with an offence, and the same requirement should apply to prosecutions by any agency.

In addition police should develop systems to ensure the Registrar of Births, Deaths and Marriages notified criminal justice agencies and the NZTA of all name changes for those with serious convictions.

And it added serious offenders who were subject to the criminal justice system should not be permitted to get or use a passport without permission from a court, police, the Department of Corrections, the Parole Board or the Director of Mental Health.

In addition, it said, there should be streamlined communication between the Department of Corrections and New Zealand Customs Service.