Three government funds have more than $21 million invested in palm oil companies that have been linked to the destruction of rainforests in South East Asia. 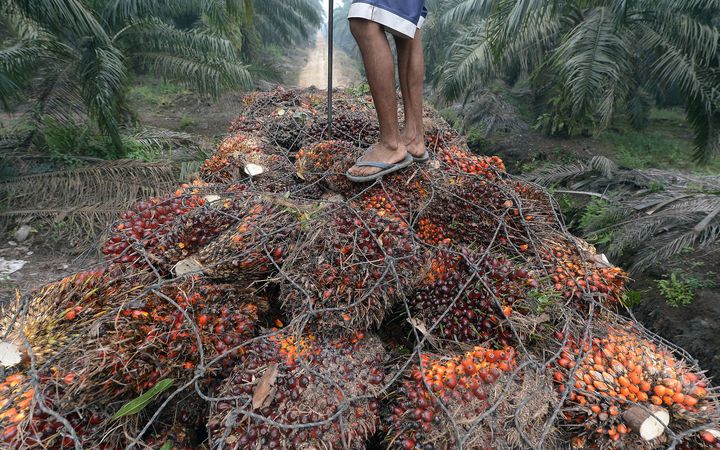 A worker stands on palm oil seeds in the back of a truck in a plantation area in Pelalawan, Riau province, on Indonesia's Sumatra island. Photo: AFP

Ms Mathers said there was evidence the companies were responsible for the burning and devastation of Indonesian rainforests, but the government was refusing to divest.

"Once an investor has divested from a company, it considerably reduces its ability to influence it. We have a commitment to engagement as the best way of encouraging companies to change their practices and polices."

The fund considered divestment as a last resort, she said.

"While NZSF is not a large percentage shareholder in these companies, we engage alongside other global investors - our collective capital holds greater weight," Ms O'Connor said.

"We are planning to engage with Posco on the issue, which will include writing to them to ask questions and raise our concerns.

"ACC does not comment on whether we are considering buying or selling any investment and will only disclose this fact after we have sold any investment that we held in the company," Mr Bagnall said.

He said ACC was continually reviewing the list of companies that it excluded from investment for ethical reasons.

"We are therefore interested in any information about companies that may be engaged in activities that seem contrary to our ethical investment policy."

The focus on investments linked to palm oil follows RNZ's reporting on KiwiSaver in August and September, which found all nine default providers had either directly or indirectly invested in companies that made cluster bombs, anti-personnel mines or nuclear weapons.

All nine providers have since dumped the investments, have been in the process of doing so or have been reviewing their policies.