Christchurch Airport will carry out one of New Zealand's first trials of a driverless vehicle.

A French-made 15-person shuttle will be tested on the airport's private roads and if successful, the electric-powered vehicle will shift to public roads to link key areas around the airport.

A former secretary of transport, Martin Matthews, is overseeing the trial and said driverless cars would be on roads in the near future.

"Autonomous vehicles are coming, whether we are ready or not, so we are taking the initiative to be ready.

"Many people believe we are years away from seeing these vehicles on our roads, but I disagree. I believe they will be with us very soon, so it's important we understand what is required for them to operate safely here."

The shuttle will arrive in New Zealand by Christmas and the trial will start early next year.

The trial partners will work with University of Canterbury researchers and developers and the Ministry of Transport and the New Zealand Transport Agency will also be involved in the trials.

Another trial of autonomous vehicles, involving Volvo, is scheduled for Tauranga in November.

Earlier this year a transport conference was told driverless buses which use navigation tools such as GPS and hazard detectors like radar to navigate their way could be on the roads within four years. 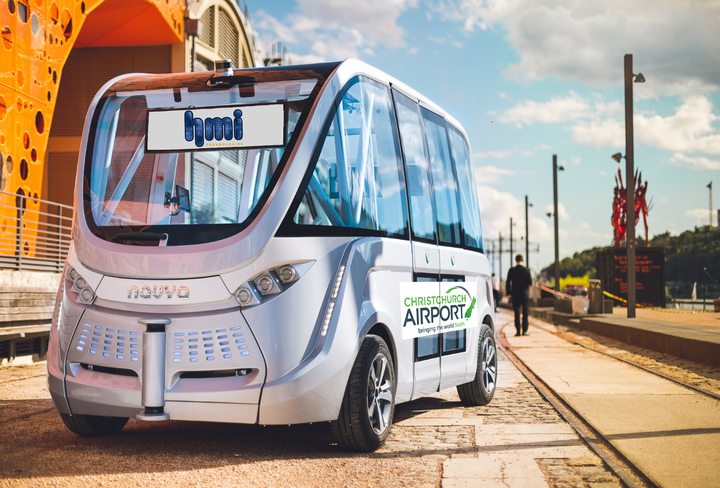 An image of the Navya driverless shuttle Photo: Supplied