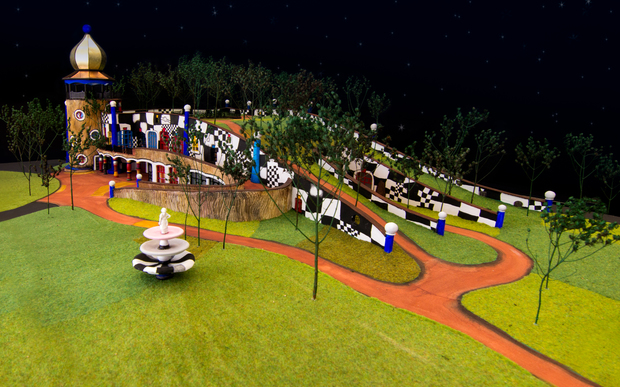 A model of the proposed Hundertwasser Art Centre in Whangarei Photo: SUPPLIED

Foundation North has made a grant of $1.8 million to the project, leaving just $3m to find.

Whangarei's Prosper Northland Trust set out to raise $16m for the building dreamed up by the late Austrian artist Friedensreich Hundertwasser after a divided council rejected the project.

Whangarei mayor Sheryl Mai said the trust now had 80 percent of that in hand, and had done the city proud.

"It's absolutely astounding the way this small community group has got together and done what no other community group up and down the nation has been able to achieve," she said.

The government gave the Hundertwasser project the seal of approval early this year, when Prime Minister and Tourism Minister John Key made a grant of $4m.

The colourful gallery on the site of the old Harbour Board building at the Whangarei Town Basin would feature Māori art and would be the only place in the world apart from Vienna where Hundertwasser's art was publicly displayed.

The Whangarei District Council has promised to contribute about $3m, including the land and earthquake strengthening, if the trust can raise the whole amount by June next year.

Plans are also afoot for a Hundertwasser Visitor Centre in Kawakawa and to open up Hundertwasser's former home nearby to visitors. 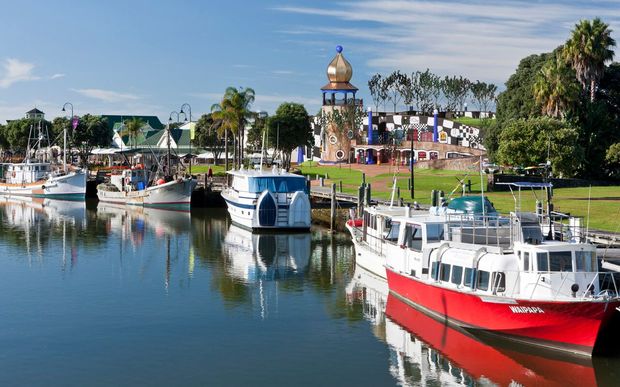 An artist's impression of the proposed arts centre Photo: SUPPLIED