The local government voting deadline is just over a week away and deciding which box to tick in Wellington's mayoral contest can take right up to the last minute.

With Mayor Celia Wade-Brown deciding not to stand again we're taking a look at the candidates who want to replace her and their plans for the city.

They veer from rates to a runway extension, roading to cycleways and housing to homelessness.

Watch four of Wellington's mayoral candidates battle it out in an RNZ video debate here. 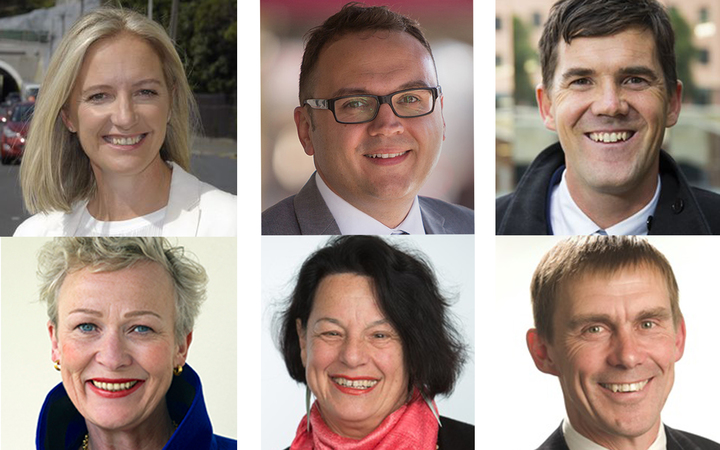 Improve traffic flow by four-laning Ruahine Street and adding second tunnels under Mt Victoria and the Terrace. It's already in the regional land transport plan and part of the state highway network, but Ms Coughlan says it takes the leadership of the mayor to drive the projects.

Focus on an 'iconic' harbourside cycleway rather than commuter routes.

Council should lead the way on electric cars and associated infrastructure.

Sort out four-laning from the airport to create an "economic super-highway" from Wellington to Manawatu.

Wants a formal alliance of Wellington City Council, Greater Wellington Regional Council and the Transport Agency to better manage transport in the city. 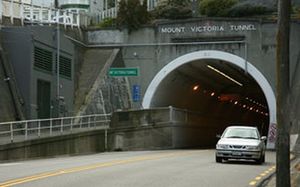 Supports second tunnels at Mt Victoria and the Terrace and wants Grenada Link Road completed - all need to be addressed by 2025 as per the Regional Transport Plan.

Confident in the success of the "Let's Get Welly Moving" programme - a joint initiative between the city and regional councils and the Transport Agency to have a fresh look at the city's transport system and come up with solutions.

Worked on a truce with Island Bay residents to help the suburb work on a new transport plan.

In favour of a "cut and cover" for Vivian Street (like the Arras Tunnel near the Basin Reserve) saying it will ease congestion through the CBD. Says such improvements will help increase walking and cycling, and allow Lambton Quay to be pedestrianised.

Awaits the outcomes of the "Let's Get Welly Moving" process.

Thinks the cycle network should have started in the CBD.

Wants an increased focus on water transport, such as harbour ferries.

Hopes the "Let's Get Welly Moving" process comes up with some good ideas, but says there are things the council can do in the meantime.

Says safe cycleways throughout the city need to be prioritised over the Great Harbour Way.

Getting people into public transport is the best way of reducing congestion and the city council should work with the regional council on that.

Will stick to the "Let's Get Welly Moving" process.

Says fixing problems with Basin Reserve and State Highway 1 is essential to the long-term economic health and social wellbeing of the city.

As a former Principal Adviser at Ministry of Transport, says he's well-placed to work with the government's transport agencies. 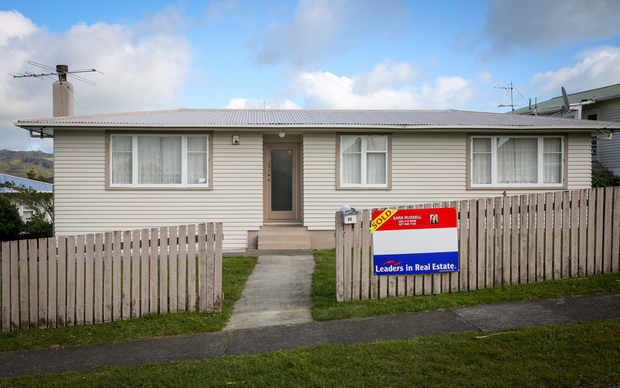 Work with the government on solutions.

Work with IT developers on an application to connect those in need with people who are willing to help them.

Does not want to expand council housing.

Work with central government on a warrant of fitness (or similar) for rental properties.

Would seek urgent advice on quality of city's housing if elected.

Says a lot of housing is central government's responsibility, and does not want councils doing things outside their responsibility.

Would introduce a rental warrant of fitness through a local bill in Parliament.

Has been supportive of Te Mahana (ending homelessness) strategy, and would set up a 'wet house' in the inner city for homeless people with addiction problems.

Supports a rental warrant of fitness, but wants it to be optional to stop it pushing up rents across the city.

Says there is nothing compassionate about having people sleeping rough. More is needed from central government because council cannot provide the solution to every social problem. Should look at global best practice and long-term solutions.

Supports a rental warrant of fitness.

Says money saved by not paying for runway extension could be used for extending council housing.

Would continue current strategies of dealing with homelessness, and says building more homes is essential.

Supports rental warrant of fitness. He says it's unlikely to raise rents or reduce supply.

The $90 million earmarked for the runway extension could be better used on housing.

Inadequate supply is pushing up the cost of housing in general. He says encouraging home ownership, even if through rent-to-own schemes, will also help.

* RNZ couldn't find a policy from Johnny Overton on homelessness. 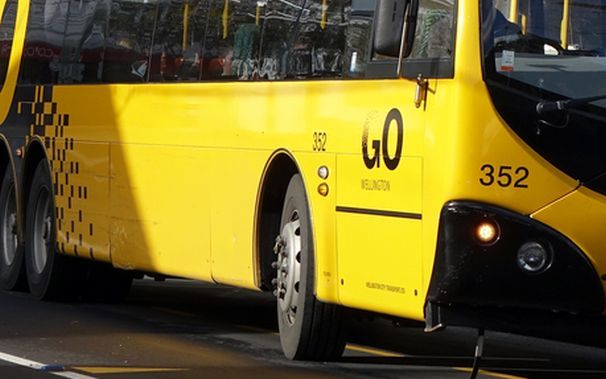 Fix the roads to make such transport more accessible. Push for integrated ticketing across all modes.

Wants Bus Rapid Transit saying it's cost effective, flexible, and can be extended when needed. Pushing for integrated ticketing.

Wants a single transport authority for the region. Bus shelters need to be designed for the weather. The realtime MetLink data should be made public so the IT development community can use it, too. Has campaigned for fare freezes.

Upset that trolley buses are being taken away especially as they don't pollute. Would lobby central government to take back responsibility for the rail budget so bus fares can come down. Wants to start planning for light rail.

Proud of the city's already high public transport use. Says electric buses are best for capacity, frequency, weekend and evening services. Wants discount fares as soon as possible. Council should work with the regional council to identify key congestion points for buses.

Prioritise a bus-based solution in the medium-term, but start planning for a light rail spine now.

Public transport should be integrated and use innovative technology. 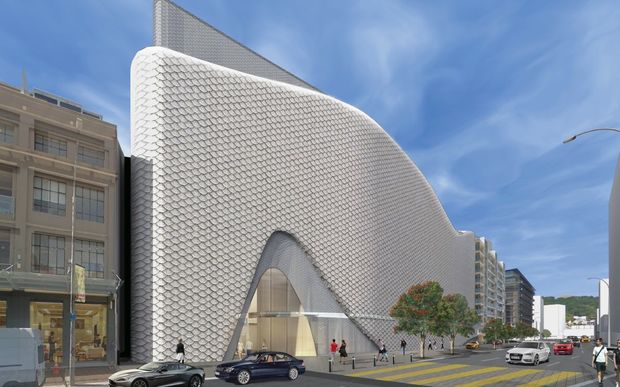 A new Movie Museum is among big ticket items on the cards for Wellington City Council. Photo: Supplied

Committed to the current rates rises as set out in the annual and long-term plan. Won't be delivering a new budget in her first year. Would try to keep future rises around three percent.

Supports the Movie Museum and convention centre - on budget, on time.

A new 50m pool at Kilbirnie.

Would re-direct money from the City Growth Fund, often called the "slush fund," to the Wellington Regional Economic Development Agency so politicians weren't controlling it and 'picking winners'. The fund is aimed at supporting initiatives that will contribute to the capital's economic growth.

Offer rates deferral for people over 65.

Agreed on current 3.6 percent rates increases, but believes rises should be between 2 and 3 percent longer term.

Living wage for all council staff.

Invest in Movie Museum and convention centre, and the airport extension for economic growth.

Wants to freeze rates at inflation by "cutting waste" and "sham consultations" - she says core services would be maintained.

Would scrap the secret spending in the council's City Growth Fund.

Opposes the 'rapid' accumulation of debt by the council as it could push rates up in the future.

Supports the Movie Museum and convention centre but wants to see how the business case stacks up.

Would freeze rates based on his expectations that there are substantial savings to be made in ending spending on "grandiose projects, exorbitant salaries and public relations campaigns".

Against funding the Movie Museum and convention centre.

Has supported it so far, and will look at the business case if it gets resource consent. She says funding should be reflected by shareholding but doesn't explain whether that should be a commercial investment.

Supports the extension. If resource consent is granted, focus should be on central government support, and building up the business case. 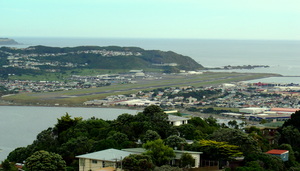 Has held the airport portfolio this term and supports the idea. But he has caveats: resource consent, committed airline, financial structure including significant contributions from central government and the airport company.

Was in favour, but now against. Says it could be a costly "white elephant", and unless Infratil contributes in line with its 66 percent shareholding of the airport company, the council should not be expected to fund the bulk of the costs.

Supports the resource consent process, but wants to see more evidence of the public benefits.

Wants the extension owned by a new company, held in the names of the funders according to their respective levels of funding.

A registered objector. Has written extensively against the project on his blog. 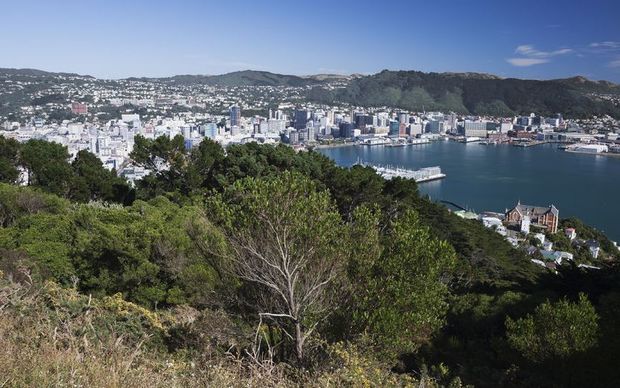 In favour of more roads and will push for electric cars and associated facilities.

In favour of more roads.

Says council can do more to lead on climate change issues.

Wants electric vehicles and to make public transport cheaper so more people use it.

In favour of a broad cycleway network.

Wants cheaper public transport so more people use it.

Wants the city to become the "greenest capital in the world" by learning from other environmentally friendly cities, such as Vancouver.

Relieve traffic congestion, but focus is on public transport.

Council can lead on climate change issues by reducing emissions, and practical things like insulating its housing stock. 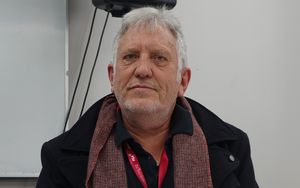 The Council can lead by example on climate change by creating progressive policies.

Proposes a multi-interest/multi-modal 25-year Transport Accord.

Cannot build out of congestion, but must build some new roads and improve existing ones.

Profiles of all mayoral and ward candidates are here.

* To put together this guide, we looked over candidates' responses to community surveys and their public statements.